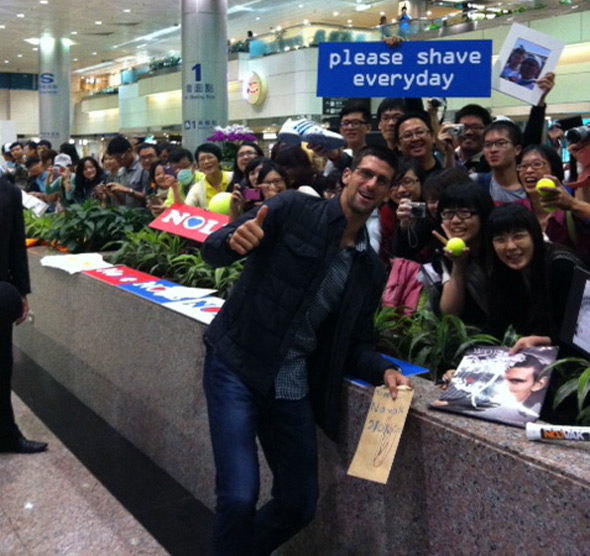 World no.2 Novak Djokovic arrived in Taiwan on Friday morning.

Nole and Spaniard Nicolas Almagro said they were ready to present a world-class combination of professional tennis and entertainment in their exhibition match in Taiwan on Saturday.

The exho will take place at National Taiwan Sport University in Linkou at 14.30 local time (08.30 CET).

On their first trip to the country, the tennis stars promised to “do something funny” during the match to thank local fans for their ongoing warm welcome since their arrival in the country.

“After being tired and traveling for a long time, it was very nice to see people who appreciated that we are coming,” said Novak, referring to about 50 fans who greeted the duo at 06:30 am at the airport.

Nole promised to sing on court if the mood is right, and Almagro said he wouldn’t mind dancing when Djokovic sings during their showdown. 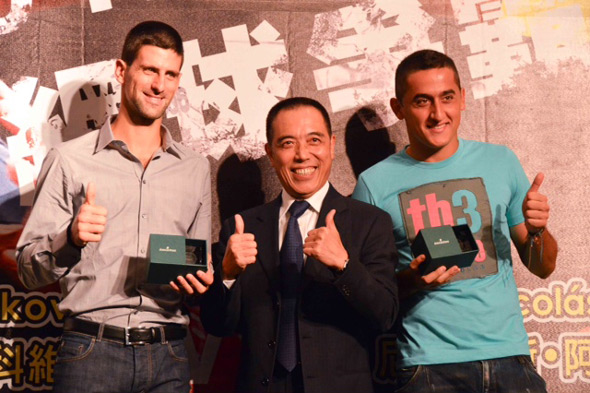 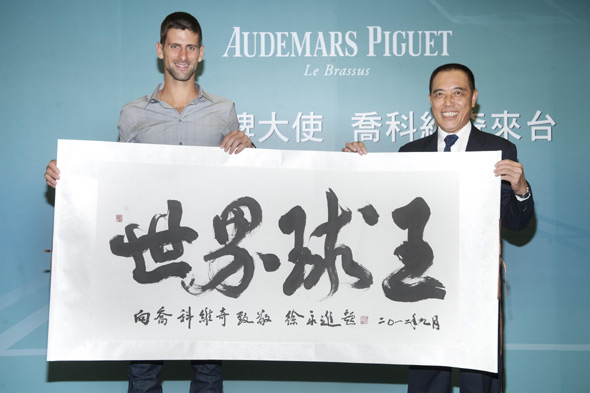 Novak with CEO of Audemars Piguet Taiwan – Richard Weng (transl: “The best player in the world”)

To see photos visit our Gallery.

After his stay in Taiwan, five-time Grand Slam winner will go to Beijing to compete at the ATP World Tour 500 tournament, China Open.

The Serbian tennis star aims to reclaim the world no.1 spot by the end of the year.

“That’s one of the goals. Of course I want to be number one of the world again. It’s an ambition. It’s possible by the end of the year,” Novak told reporters. “I’ll try to focus on each tournament individually and see how it goes. I need to play really well because there are so many great players at the moment… so we’ll see.”

Nole will take part in two more exhibitions till the end of the 2012.

He will play against Martin Klizan on November 14 in Bratislava, Slovakia, on indoor hard courts at the AEGON Arena, and will also pair with his coach Marian Vajda in doubles. The exho is part of the fifth edition of “The Tennis Classic.”