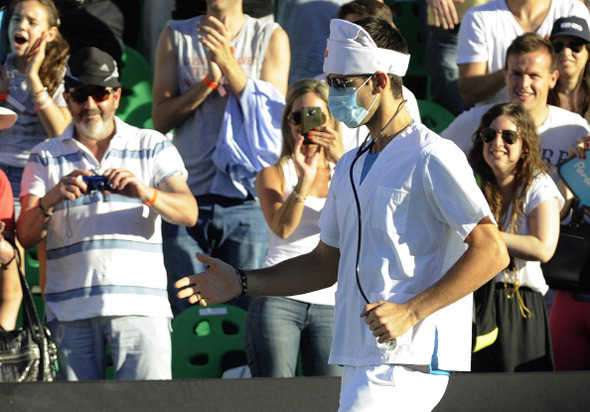 Former world no.3 David Nalbandian officially retired from tennis on Saturday, after a successful career that saw him win 11 singles titles.

The day was emotional for all who took part at the event. Nole showed his charisma once again, showing up as a doctor to “examine” David, and impersonating Maria Sharapova. 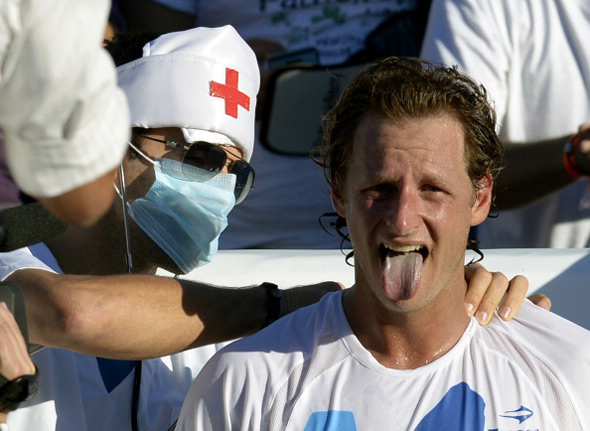 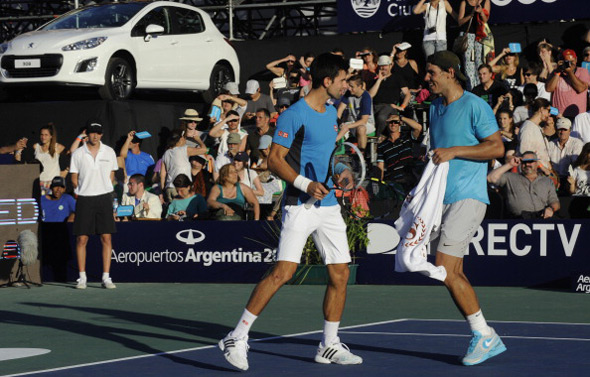 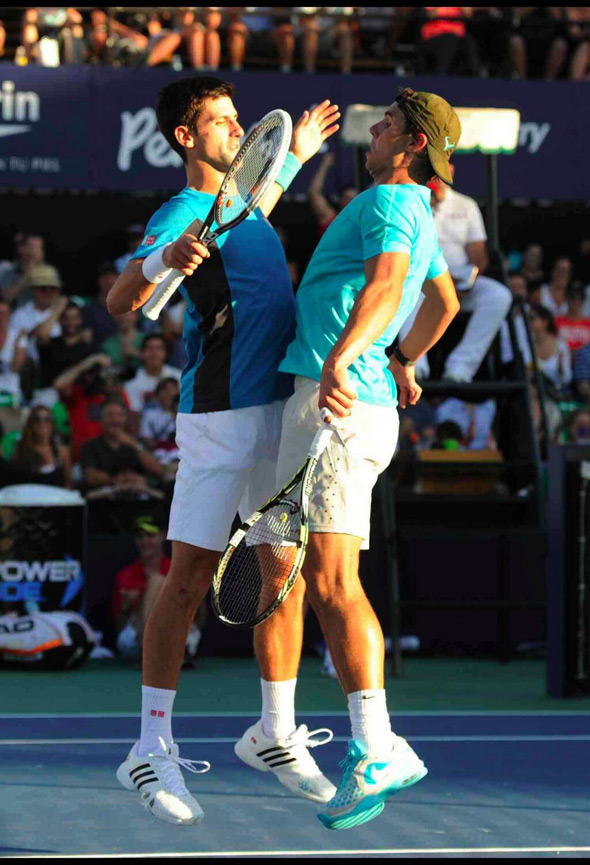 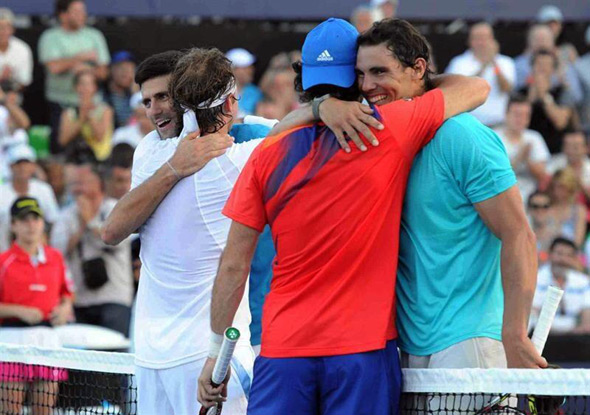 Nole received standing ovations when at one point he decided to do an impersonation of Nadal, which put a smile on his rival’s face. 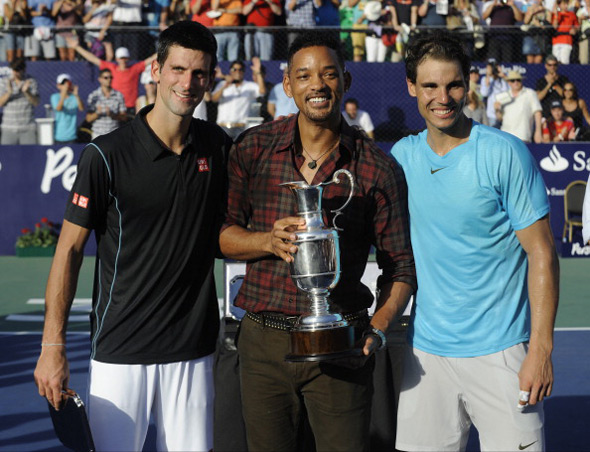 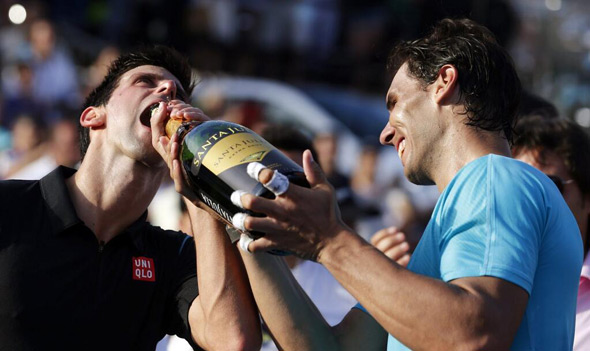 The world no.2 arrived in Argentina on Friday.

“I am very happy to be in this country, which is very fond of sports and has many successful tennis players like Del Potro, Nalbandian and Monaco,” he said.

Novak gave a short clinic in Bajo Flores neighbourhood, thrilling a group of school children as they got a tennis lesson from the six-time Grand Slam champion.

He also visited La Bombonera, the home of Boca Juniors. The Buenos Aires City mayor Mauricio Macri gave him a Boca Juniors’ jersey and San Lorenzo President Matías Lammens made the Serb member of his club and also gave him a jersey as a present.

“I enjoyed today my visit of Boca Juniors stadium. It is really spectacular! I am a big fan of football and I appreciate people from Boca and San LorenzoFC for giving me jerseys of their clubs as souvenirs that I will gladly take home as a memory,“ Djokovic wrote on his Facebook Page. 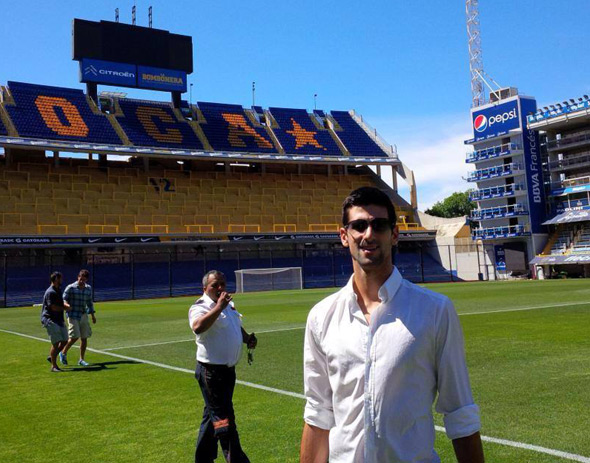 Nole and Rafa brought their rivalry to the Perito Moreno Glacier where they played mini-tennis on a floating court, an event dubbed “Tennis on Ancient Ice.”

“I never thought I would find a place this wonderful,” Novak said.

The Perito Moreno Glacier is located in the Los Glaciares National Park in southwest Santa Cruz province. It is one of the most important tourist attractions in the Argentine Patagonia. 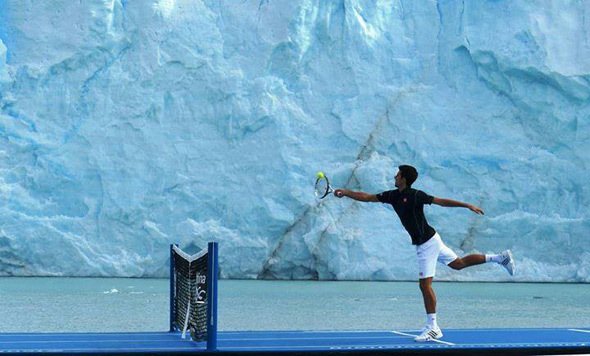 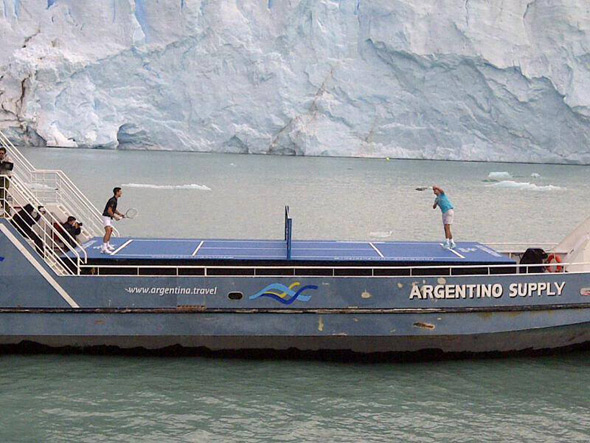 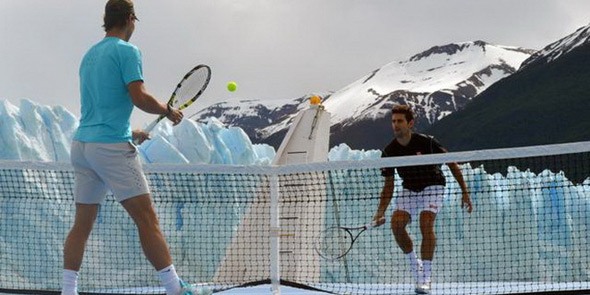