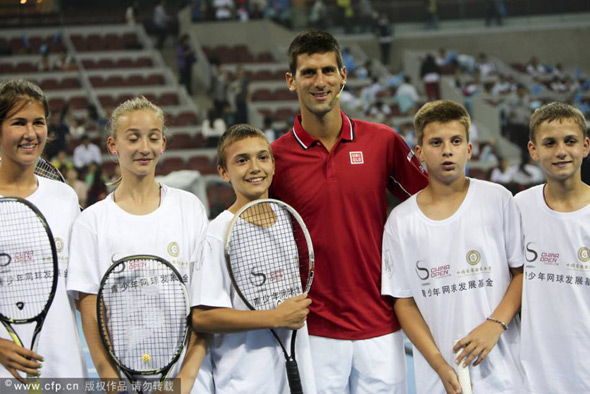 World no.1 and the China Open partnered up on Friday to host a charity event for the children of China and Serbia.

“Tennis is a beautiful sport, and I think it is bringing the world together,” Novak said.

Hundreds of Chinese and a handful of Serbian children filled the Diamond Court stands and watched as Nole warmed up for the event which included tennis lessons for some of the children. Once the lessons finished, Novak greeted the crowd with his best Chinese.

The president of the Soong Ching Ling Foundation presented Novak with a blue and white porcelain trophy for his generous contribution to their foundation.

Both parties spoke to the crowd about the importance of promoting friendship between China and Serbia as well as supporting tennis in each of the countries.

Novak then played against the team of one Chinese and one Serbian child. Although no one kept the score throughout the match, the children won the majority of the points. The event finished up with Nole and children hitting tennis balls into the crowd, to the delight of many.

You can watch video from the exhibition here. 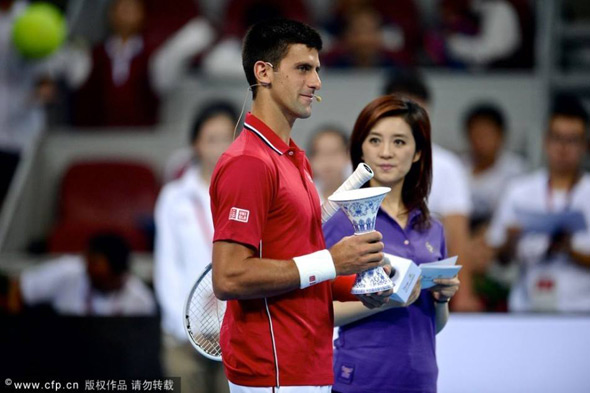 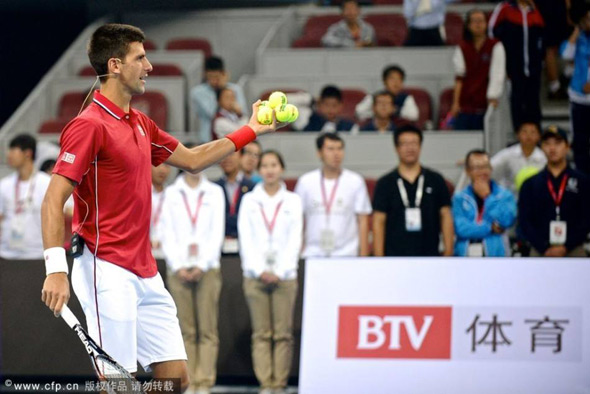 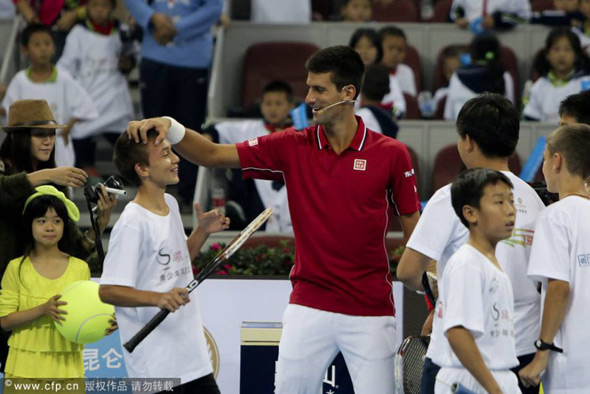