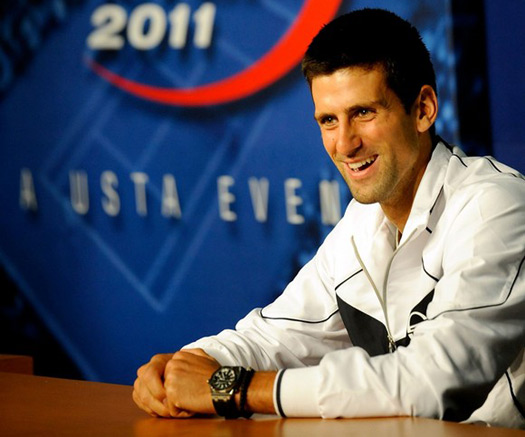 UNICEF announced that the world number one Novak Djokovic will serve as an Ambassador for UNICEF in Serbia. The partnership will allow Novak to continue his push to defend children’s rights and provide access to early childhood education.

Nole is in New York competing at the US Open attempting to capture his third Grand Slam title of the year.

“I am very honored to partner with UNICEF to help increase awareness for the importance of early childhood education,” said Novak at the ceremony in New York.

“I look forward to working with UNICEF to help make a difference in the lives of young children throughout Serbia, particularly those who have fewer opportunities to learn and develop to their full potential.”

“Novak Djokovic is a natural fit for UNICEF,” said Rima Salah, Deputy Executive Director. “He cares deeply about the welfare of Serbian children, bringing the same passion and enthusiasm for his career on the court to addressing issues affecting children.”

Novak’s work as a National Ambassador will kick off with a focus on early childhood education. The importance of investing in learning opportunities for young children is well known, with abundant evidence that laying solid foundations in the early years results in better life outcomes for the individual child and society as a whole.

In accepting the appointment, Novak said, “Through my work with UNICEF, I want to help Serbian children realize their dreams. I want to help them understand that they have rights and that those rights should be protected. I want them to believe that anything is possible.”

UNICEF Ambassadors are well-known and highly respected personalities who promote children’s rights and mobilise support for the work of UNICEF and its partners. In the 50 years since celebrities began working with UNICEF, they have helped sway government policies on behalf of children, publicised children’s issues around the globe and raised funds for UNICEF-supported programs.