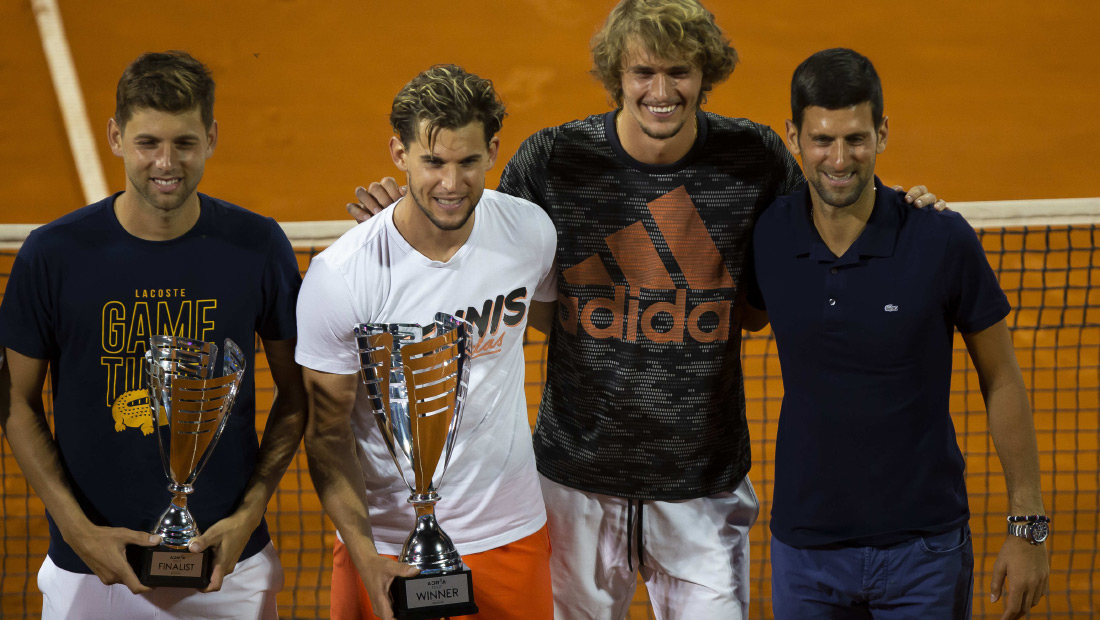 World no.1 Novak Djokovic needed to beat Alexander Zverev in straight sets in order to qualify for the final at the Adria Tour.

The 33-year-old Serbian star broke Zverev’s service twice in the first set and won it comfortably 4-0. However, the German came back to level the contest.

Filip Krajinovic takes the top spot and will play in the final of the Adria Tour tournament in Belgrade.

Djokovic, Zverev and Krajinovic all finished with a 2-1 win-loss record and an identical 5-3 set difference, but Filip squeezed through on the basis of having the best games differential among the three.

There were lots of emotion from Djokovic in his on-court interview, not because he didn’t earn a spot in the final, he clarified, but because of how much it means to him to play in his childhood home. An emotional Novak broke down in tears in front of a packed 4,000 crowd.

“I am not crying because I got knocked out of the tournament, I am just overwhelmed by emotion because this reminds me of my childhood,” Nole told the crowd as he received a standing ovation from his compatriots. “It’s been an emotional few days and I want to thank everyone who made this possible. The important thing after this match is that we have one of our own in the final. I love you all and thank you so much for turning up.”

Dominic Thiem defeated Grigor Dimitrov in straight sets 4-3 (2), 4-3 (6), and the final of the Belgrade leg of the Adria Tour was set: Krajinovic v Thiem.

After impressive Round Robin performances from both Filip Krajinovic and Dominic Thiem, the two met in the Adria Tour final in Belgrade. The Austrian recorded a 4-3 (2), 2-4, 4-2 triumph to become the champion.

The second leg of the charity event called The Adria Tour is taking place in Croatia’s coastal resort Zadar next weekend (June 20-21).

The third leg due in Montenegro on June 27-28 was cancelled over coronavirus concerns, while the final leg is to be staged in Bosnia’s city Banja Luka on July 3-4.