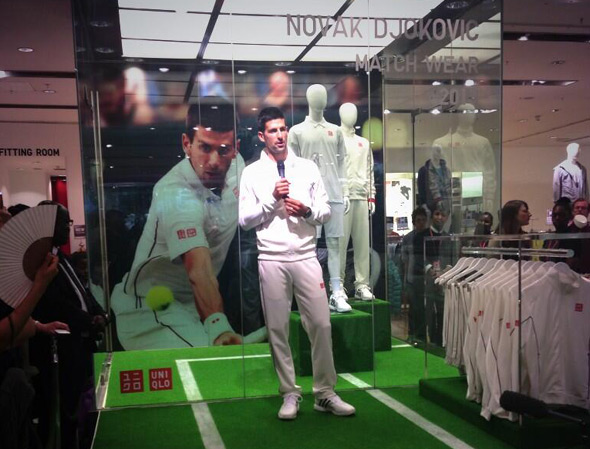 UNIQLO Global Brand Ambassador, Novak Djokovic, launched the 2013 Wimbledon replica match wear on Tuesday in 311 Oxford Street, a week before the tournament starts and the world no.1 himself will be wearing it on court.

The collection, modelled on his imminent tournament kit, launched exclusively in the UK. The Wimbledon store will begin selling on Wednesday June 19.

UNIQLO has been the exclusive designer of tournament match wear for Novak since May 2012. Starting with the 2012 French Open, Djokovic has now competed at all five Major events wearing the match wear, including his triumph at the 2013 Australian Open.

“Complementing their functionality and comfort, the designs for all of the match wear are inspired by the different venues for the Grand Slam tournaments I have played so far,” Novak said. “For France 2013, the bright peppermint green created a striking contrast against Roland Garros’ red clay, and created a real presence on the court. At the same time, for the UK, the Wimbledon model is a simple white. I played a role in helping develop them, and really like both.”

“It has been really exciting and fun working with Mr. Takizawa and his team. I appreciate their effort in making my vision a reality. The match wear is not only really comfortable, but also highly-functional. It is stretchy, and quickly absorbs perspiration, so that I can focus on my game.“

Many fans and customers gathered to meet Nole, take photos with him and be the first to see his 2013 Wimbledon match wear. 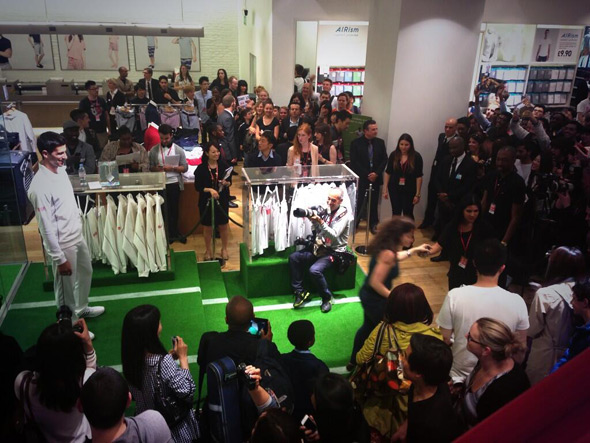