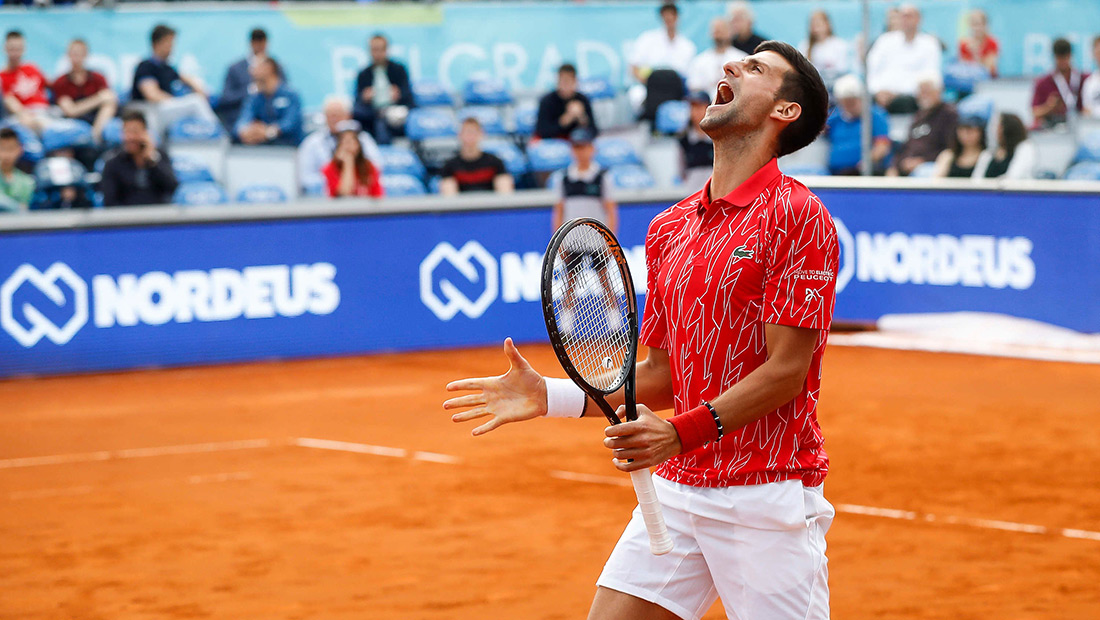 Fans packed the stands for the launch of the exhibition charity event in Belgrade, Serbia, as the world no.1 headlined the opening day in his home country.

Novak returned to the court in style on Saturday afternoon at the Adria Tour, beating his friend and compatriot Viktor Troicki in straight sets 4-1, 4-1. The match lasted only 37 minutes.

The 17-time Grand Slam champion broke in the third game of the first set and served it out.

With Novak leading 1-0 in the second set, Troicki handed over his racket to a ball kid, 10-year-old Mihajlo Topic, who hit a fabulous cross-court forehand to take a point off Nole. Djokovic won the next three points, two against the talented boy, and the last deciding against Troicki, to seal the win.

“I really enjoyed myself out there,” Novak said in a courtside interview in front of a capacity 4,000 crowd in tennis complex by the Danube river. “Viktor started well but he seemed to have lost his momentum after the opening few games and in this format the match can be over pretty quickly. Once again I want to thank every player who turned up and all the fans who flocked in, their presence has made this weekend a memorable one.”

Filip Krajinovic produced solid performance in the evening session match to beat the world no.1 Djokovic 2-4, 4-2, 4-1.

Novak claimed the first set, but Krajinovic took the second and carried the momentum through to the decider, breaking twice more to capture the victory.

In the last match of the day, Alexander Zverev completed a routine 4-1, 4-1 triumph over Viktor Troicki to overtake Novak at the top of the group.

The third round of Round Robin phase will be played on Sunday.

You can see the tournament photo gallery here.