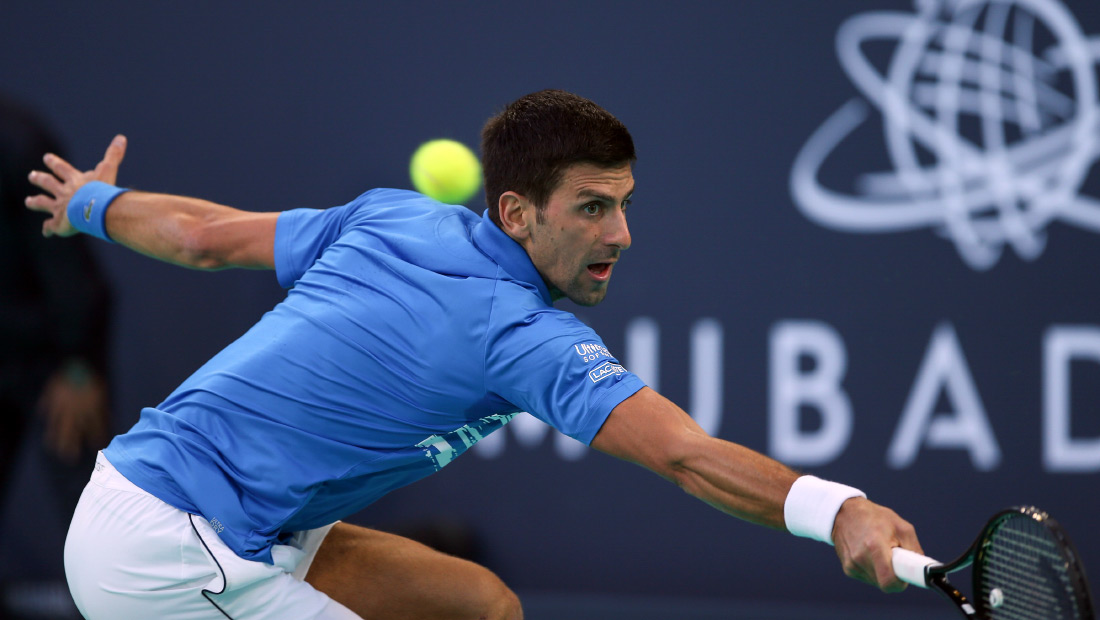 Novak won the third place at the Mubadala World Tennis Championship after defeating Karen Khachanov 7-5, 6-3 in Abu Dhabi on Saturday.

Nole and Karen delighted the crowds, delivering some high-quality tennis.

The world no.2 put pressure on the Russian’s serve early on, breaking him in the second game. However, Khachanov broke back immediately and held to level. Djokovic got another break in game 12 to take the opening set.

The Serbian carried the momentum into the second set and was soon up 4-1. Novak sealed his victory on his first match point to secure third place in the championship.

The four-time former winner of the MWTC will kick-off his 2020 season at the inaugural ATP Cup, to be held from 3-12 January, in Brisbane, Perth and Sydney.

Top seed Serbia, led by Novak Djokovic, will play at the Pat Rafter Arena in Brisbane in Group A with South Africa (January 4), France (January 6) and Chile (January 8). Dusan Lajovic, Viktor Troicki, Nikola Cacic and Nikola Milojevic are also on the team.