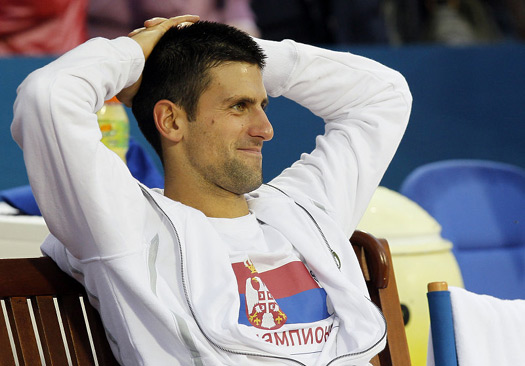 Nole has been named the best athlete of Serbia in 2011, today, at the annual event organised by the Olympic Committee of Serbia.

The world’s reigning tennis king has deserved the recognition after his remarkable season in which he won 70 matches and lost only six, capturing 10 titles (three Grand Slams, five Masters trophies, Dubai and Belgrade).

Novak has already won numerous awards. He was honoured for one of the finest seasons in tennis history when he received the year-end ATP World Tour no.1 trophy in London. The 24-year-old star has also been named 2011 ITF World Champion and US Sports Academy’s Male Athlete of the Year.

Marian Vajda is the best coach second year in a row.