Nick Bollettieri: Djokovic is the most complete player of all time 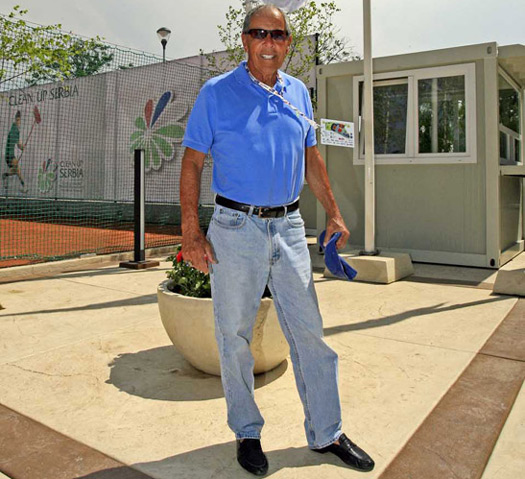 Tennis guru Nick Bollettieri spoke with German SPOX about the 2011 US Open and the dominance of the world no.1 Novak Djokovic.

-Novak Djokovic is without question the favorite and he is also my tip. My God, the boy has only won five times this year against Rafael Nadal. He suggests the best players in the world – and this at a time when we have a much greater width in the tip than in the 80s or 90s. Shall I tell you something?

I lean times quite far from the window and say that Djokovic is the most complete player of all time. Strength, speed, technique – no one has ever had such a package like Djokovic. And the main reason why he was so strong, is certain his new training program, including his diet and eating habits. Most people thought he would simply not train hard enough, but since this change, he is physically on a whole new level. The longer the point goes, the longer the match goes, the stronger will be Djokovic. But no one but God wins all the time. We’ll see how it goes.

-The hardest thing for Djokovic? Every single day of training the whole world for one goal: to beat him. To beat him to it and be famous. This applies especially to the people who are at rank 30 or 40 in the world rankings. Or qualifiers. They all want to shoot Djokovic. Can he mentally handle it and carry on as now? This is the crucial question.

Nole had 57 victories in 59 matches when the interview was taken. The 24-year-old Belgrade native now has a 61-2 record on the season after eliminating Conor Niland, Carlos Berlocq, Nikolay Davydenko and Aleksandr Dolgopolov at Flushing Meadows without losing a set.

The top seed is bidding to become the sixth man in the Open Era to win at least three major titles in the same year, having already triumphed at the Australian Open and Wimbledon.

Novak will face his friend and Davis Cup teammate Janko Tipsarevic in an all-Serbian quarter-final on Wednesday. The world’s best player takes a 2-0 career lead into the clash.