Nole a special guest on Evening with Ivan Ivanovic show 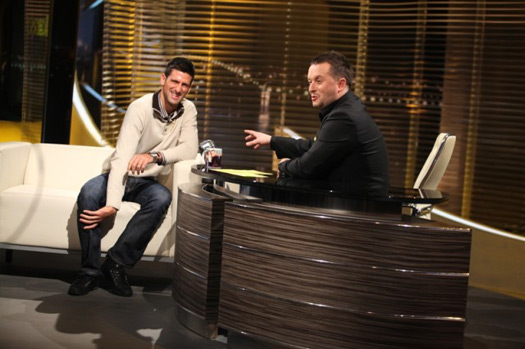 You should not miss this!

On Friday, February 18, 2011, at 9pm CET, a special edition of the show “Evening with Ivan Ivanovic” will be on TV Prva. Of course, the guest will be Nole.

– I invited Novak some time ago to be a guest on my show, but his obligations prevented him. He said he would gladly be a guest when his schedule let him, and he fulfilled the promise. He contacted me last week and said he could come. This proves what a great person he is!

-The show is really excellent. It will be fun. Novak was witty as always, everything was live and spontaneous, which is expected, but he spoke mostly about sports. There was no need, nor I wanted to ask him tabloid questions, and even without that the show is great – said Ivan, and then revealed for pulsonline.rs several things you would have the opportunity to see on Friday at 9pm.

-He brought me a very interesting present, but I don’t want to reveal what it is. He made a surprise for me, and I was really glad because that means he prepared for the show, which again shows he’s a professional. He also brought me some exclusive videos from the locker room after winning the Australian Open, so people could see how he celebrated another success. I’m sure that will be the most interesting for everyone – concluded the story Ivan Ivanovic. 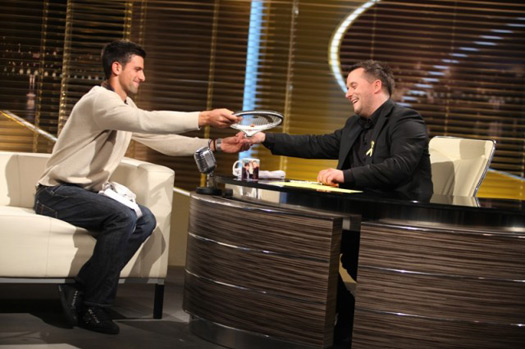 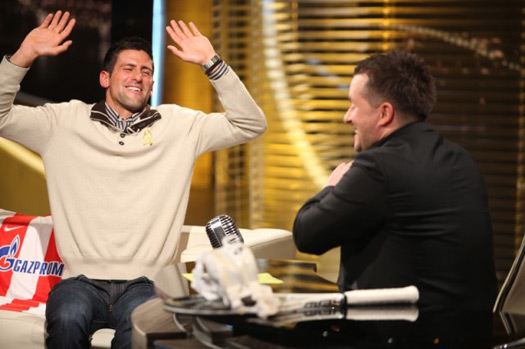 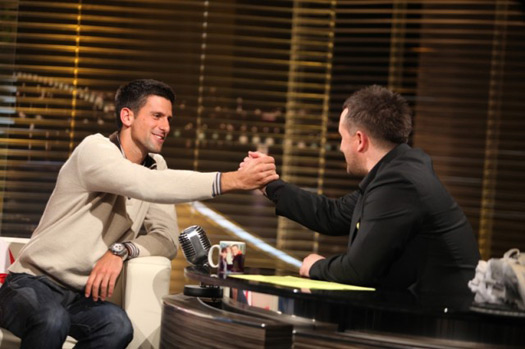