Nole and Adidas in #smashthesilence campaign 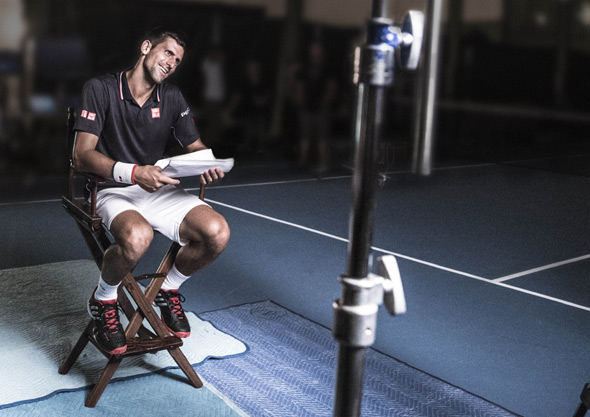 Only a few days left till the signature blue US Open courts welcome back the world tennis elite. Behind the scenes, players are busy with final preparations.

Adidas #smashthesilence campaign sees this time Novak jumping into the director’s chair not only featuring him in front of camera.

Nole encourages #nolefam, his great fan base, to take part in a social ride with him and to show their emotions what smashing the silence means to them. Fans should tweet their images using #smashthesilence to have a chance to appear alongside with the Serbian world no.1. The outcome is the ultimate surprise a’la Novak.

“Every Grand Slam has its own unique atmosphere that makes each one of them special. What I can always count on are the amazing tennis fans and vibe they create on and off-site. It was a long 18 months for me before winning my 7th slam title in July, but they were always standing beside me and believing in me. The support I get from my fans gives me the strength that goes above and beyond training. Their support helps me feel more powerful in critical moments! That’s why I’m looking forward to showing them my appreciation with some special footage during the US Open. Just make sure to follow #smashthesilence to see!”

Take a look at the short video with the seven time Grand Slam winner on YouTube now: