Nole to play Guga in exhibition match in Rio

World no.1 Novak Djokovic arrived in Rio de Janeiro, where he will play his last exhibition match before going on holidays.

Nole joined Brazilian champion Gustavo Kuerten for the inauguration of the public tennis court in the underprivileged region of Rocinha. He will face the three-time French Open titlist (1997, 2000 and 2001) in an exhibition match on Saturday at the Maracanazinho Arena (18.30 local time / 21.30 CET). 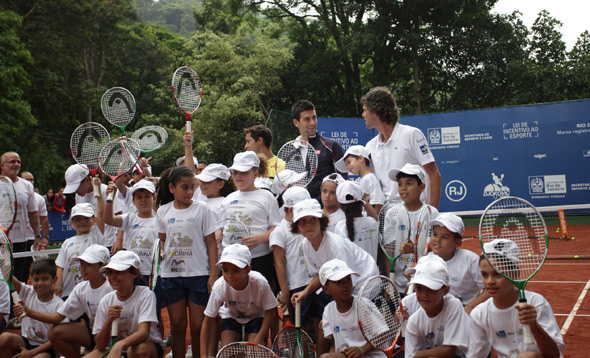 “Thank you very much for the warm welcome. It will be a very special weekend. I’m very happy and I feel privileged to be here,” Novak said at the press conference.
“I can’t believe I’m gonna play against you, Guga, I’ve always waited for that chance. You’re the favourite on clay, you won Roland Garros three times.”

“I’m impressed by the generosity of the people and if I’m able to help to promote tennis in Brazil, I’ll give my best. If Brazil can host the World Cup and the Olympic Games, it also deserves a great tennis tournament. I hope that happens”, he added. 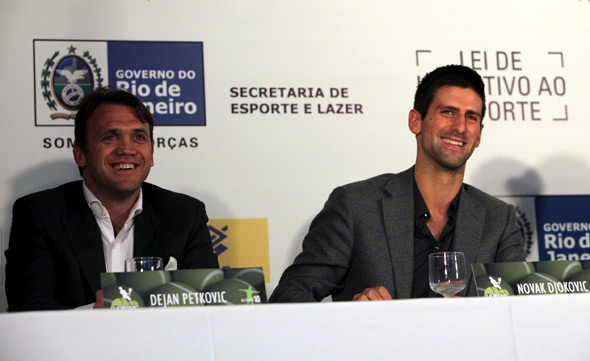 The Serbian star will also play a football friendly before a Brazilian league match on Sunday, when he will join his countryman Dejan Petkovic, Zico, Romario, Bebeto, Cafu and other Brazilian superstars (14.50 local time / 17.50 CET).

After winning the ATP World Tour Finals in London, Djokovic said he was very excited about coming to Brazil.

“I’m happy and honoured to have the opportunity to play in a big stadium with some big stars as Bebeto, Cafu and Zico. Brazil is such a great and successful nation in football. It’s the national sport. I love football. I’m terrible, but I’ll try to enjoy the moment and hopefully have fun.”