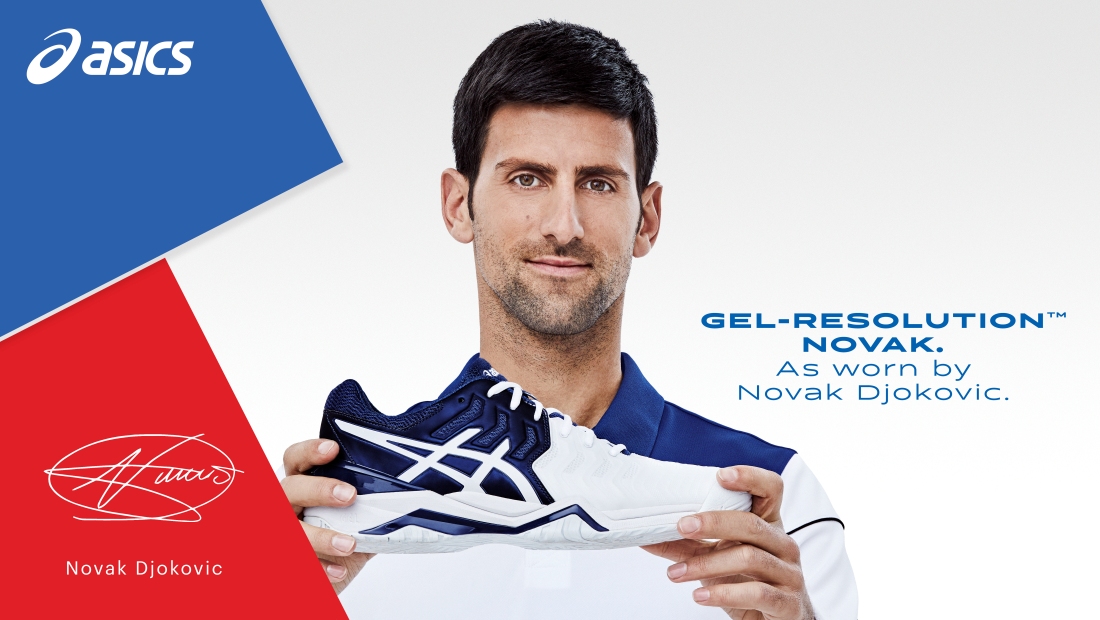 Novak Djokovic is the new member of Asics family. The news was announced at a launch in Melbourne on Thursday, where the Japan-based footwear company introduced the new Gel Resolution Novak shoe.

The ASICS’ flagship GEL-RESOLUTION™ shoe has been offering top-performance on the court for many years due to its stability and support. Based on ASICS Institute of Sport Science (ISS)’ research and analyzing professional tennis players’ motions and performances, ASICS develops its tennis footwear with stability and speed as the priority.

“I’m thrilled to be partnering with ASICS. They have gone above and beyond to ensure the technology is the best and specific to my needs as a player, on the court. The light weight and support structures on the midfoot allow me to move quickly and ensure I have the right stability throughout my performance,” Novak said.

Motoi OYAMA, Chairman, President and CEO, Representative Director, ASICS Corporation said, “Tennis has evolved drastically over the years, with many players now requiring products that allow them to move faster around the court and hit with greater power. The tennis category will be a future focus for ASICS, as we look to eventually achieve our vision of becoming the world’s number 1 tennis footwear brand. We’re thrilled to be working with Djokovic as part of our ongoing commitment to inspire people to move more on and off the court. He’s an inspiration to the industry and fans across the globe, known for his stamina and strength, both physically and mentally. It’s fantastic to be partnering with someone that embodies the same values and beliefs that ASICS stands for every day.”

The GEL-RESOLUTION™ NOVAK will be available to the public on the 15th January, when the first Grand Slam of the season, the Australian Open, begins.