Novak signs with IMG for exclusive global management and representation 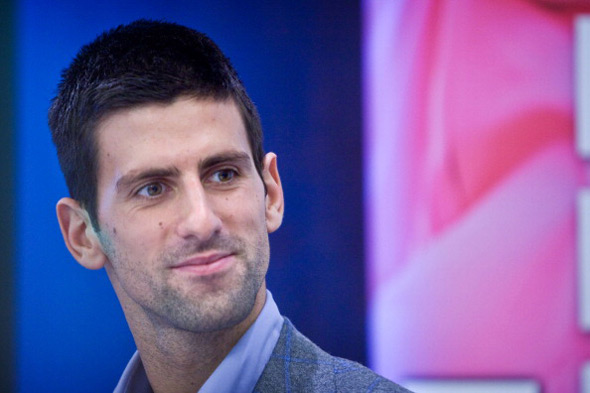 Under the terms of the exclusive multi-year agreement, IMG will represent Novak in developing a brand building strategy through marketing, endorsements, appearances and licensing along with select global business initiatives.

In making the announcement, IMG Chairman and CEO Mike Dolan, said, “Novak Djokovic is a superbly talented tennis player, and world-class competitor who demonstrates a very strong character through his passion and commitment to his game. I believe he has the ability to translate those qualities into achieving great success working with global brands in the marketplace.”

“I’m very happy with how my career has been advancing these past few years. Working with IMG will continue to build off of that momentum. IMG’s expansive global footprint will offer me a truly unique set of resources to explore business opportunities that simply do not exist anywhere else in the industry”, added Novak.

Fernando Soler, Head of IMG’s Global Tennis division commented, “We are very pleased to have a great champion such as Novak, who is widely considered to be one of the greatest tennis players of all time, choose IMG to work with during this momentous time in his career.”

In 2011 he became the sixth player in history to win three grand slam titles in a one year period.  He is also the first male Serbian tennis player to win a Major singles title and the youngest player in the open era to have reached the semifinals of all four Grand Slam events, separately and consecutively.

Other career highlights include, 13 Masters 1000 series titles, winning a bronze medal at the Beijing Olympics in 2008 in men’s singles tennis, 2008 Tennis Masters Cup Champion and a member of the 2010 Davis Cup winning team.  In addition, Novak Djokovic won the ATP Player of the Year award in 2011 and 2012, and was named 2011 Laureus World Sportsman of the Year. The Republic of Serbia awarded him the top state honor in the country, “Karadjordjeva Star Medal”, for special merits and success in representing Serbia.  He is also the winner of the 2012 Barclays ATP Tour World Finals in London.

Djokovic’s commitment to his country extends past his tennis champion status. Last year, he was appointed as a UNICEF National Ambassador for Serbia to campaign for child rights to improve the welfare and educational opportunities for children in Serbia.

In 2007 he established the Novak Djokovic Foundation to alleviate the suffering of children – especially in his native Serbia.  Until 2012 the organisation operated under the name Novak Fund.

IMG is the leading client management company in tennis.  IMG represents some of the world’s top men and women tennis players. The company’s roster of top tennis clients includes many of today’s superstars: Rafael Nadal, Maria Sharapova, Venus Williams, Li Na and Thomas Berdych.  In addition, IMG owns, manages or represents many of the world’s leading tournaments including Sony Ericsson Open, Australian Open, Chennai Open, Wimbledon, Barcelona Open and a new event in Rio de Janeiro to be played for the first time in 2014, among many others.