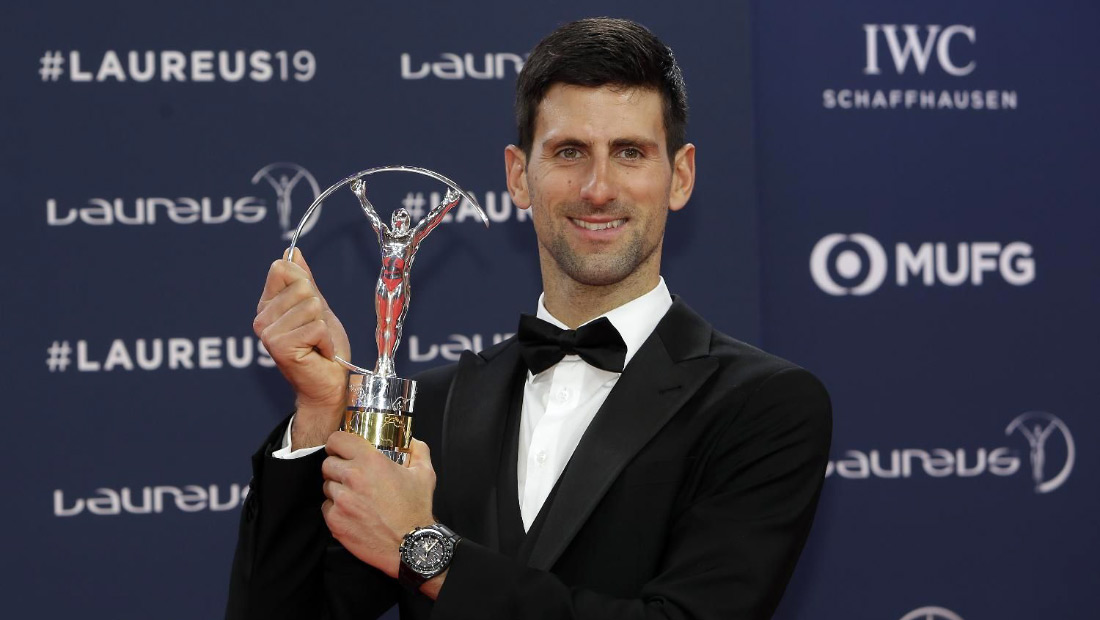 World No.1 Novak Djokovic was named the Laureus World Sportsman of the Year for the fourth time in a ceremony in Monaco on Monday.

Nole was at the famous “Salle des Etoiles”, part of The Sporting Club Monte Carlo, to accept his award.

“A Laureus Award is what every athlete wants to win, and this one is a huge honour for me. Being among so many sporting greats here tonight… gives this award a special meaning for me,” said Djokovic. “Last year was an incredible season for me. Returning from injury to win Wimbledon and the US Open is something I’ll remember forever.”

After an elbow surgery in January and falling to no.22 in June, Novak made a tremendous rise in the second half of 2018 and impressive return to world no.1.

The winners were chosen by the Laureus World Sports Academy, the ultimate sports jury, made up of 66 of the greatest living sportsmen and sportswomen.

Largely considered “the Oscars of sports”, the Laureus World Sports Awards are given annually since 2000 to sportspeople who have been outstanding during the previous year.

Thanks to the support of its partners, Academy Members and Ambassadors, Laureus Sport for Good Foundation now supports over 160 projects in more than 40 countries, helping to change young lives for the better.