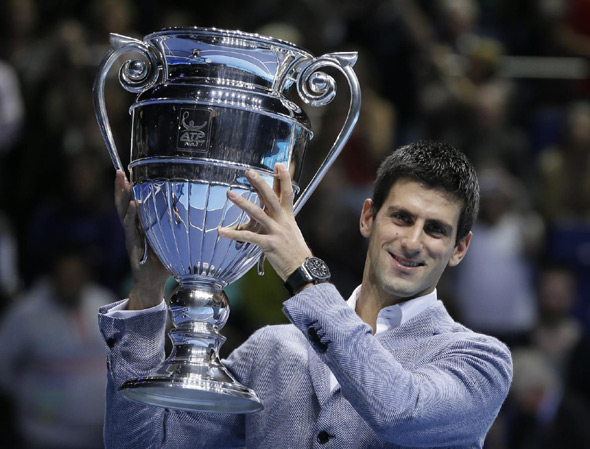 The awards are given by the ATP World Tour.

Novak has been selected as the Arthur Ashe Humanitarian of the Year for his contributions through the Novak Djokovic Foundation, his role as a UNICEF ambassador and other charitable projects.

He received the award from ATP Executive Chairman and President Brad Drewett during an on-court ceremony after the first singles match of the day.

“This award is even more special, receiving it for the first time. It means a lot, not just to me, but to the whole team of people that has been involved in the charity work within our Foundation. This will definitely serve as a great inspiration and motivation to all of us to do even a better job, helping kids who live in disadvantaged areas around the world. Unfortunately, not all of them have the opportunity to realize their dreams like we all have, playing here in front of you… Our responsibility is to give our best to enable them to have a better access to sport and everything they dream about. Thank you all for sharing this moment with me,” Nole said in his on-court speech.

Novak Djokovic Foundation raised $1.4 million for early childhood education through its inaugural fundraising dinner in New York in September. Novak also collaborated with his clothing sponsor UNIQLO to develop and launch ‘Clothes for Smiles’. The program, which aims to give children of all ages a chance for a better future, has established a $10 million fund that helps nurture the dreams of children worldwide. Through the project website, www.uniqlo.com/smiles, UNIQLO welcomes ideas from around the world to bring smiles to kids. The ideas selected by a panel of judges will be supported and implemented. As a UNICEF Ambassador, Djokovic contributes to a better early childhood education in Serbia.

The award is named after Arthur Ashe, a former world no.1 professional tennis player. During his career, Ashe won three Grand Slam titles, putting him among the best ever from the United States. He is also remembered for his efforts to further social causes and was an active civil rights supporter. The main stadium at the USTA National Tennis Center in Flushing Meadows Park, where the US Open is played, is named Arthur Ashe Stadium in his honour. This is also the home of the annual Arthur Ashe Kids’ Day. Arthur Ashe Athletic Center in his hometown Richmond is also named for Ashe. ESPN’s annual sports awards hands out the Arthur Ashe for Courage Award to a member of the sports world who best exhibits courage in the face of adversity. Previous winners of the Arthur Ashe Humanitarian of the Year award have included Rafael Nadal, Roger Federer, Carlos Moya, James Blake, Andre Agassi, Ivan Ljubicic, Gustavo Kuerten… 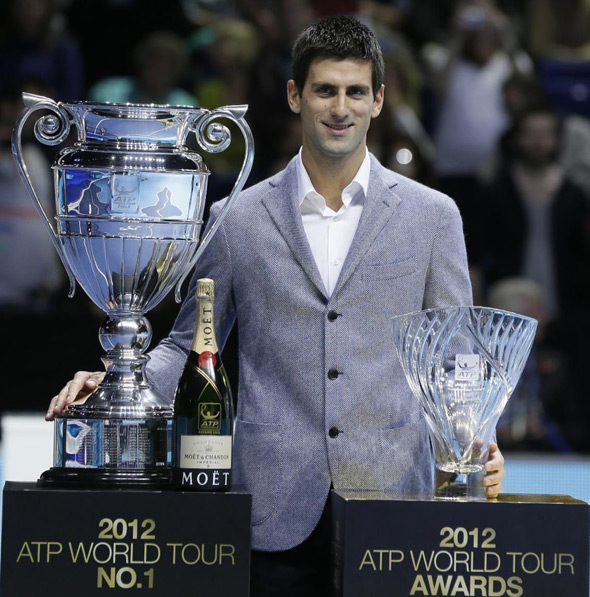 Djokovic, who receives the ATP World Tour No.1 award for a second straight year, was presented with the trophy in on-court ceremony at The O2 on Tuesday.

“It’s a huge honour to receive this beautiful award, and incredibly satisfying feeling to win the ATP World Tour No. 1 trophy for a second time. I hope to be able to fight for this title next year,” Novak said.

The 25-year-old Serbian star successfully defended the Australian Open title and reached the final at six ATP World Tour Masters 1000 events, winning Miami, Toronto and Shanghai. He also lifted the Beijing trophy and was a finalist at Roland Garros and the US Open.