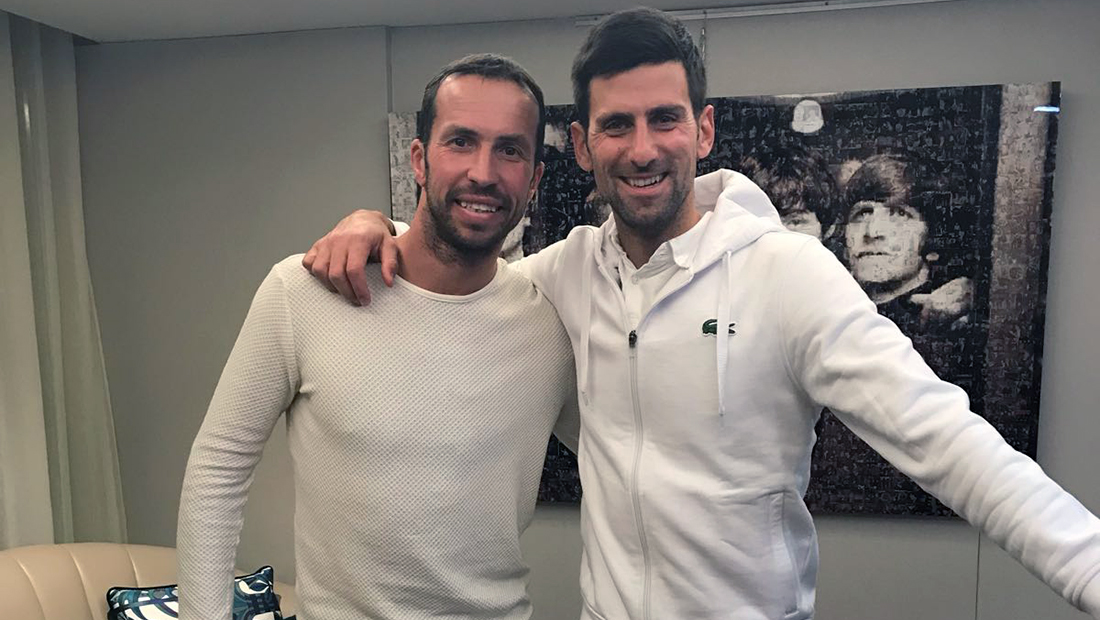 Czech tennis player Radek Stepanek has joined the coaching team of Novak Djokovic for the next season, which was announced tonight in quite an interesting way – through an Instagram live.

One of the best Czech tennis players in history is set to partner with American Andre Agassi in the team, as Novak’s tennis coach.

Stepanek will begin working with Djokovic in the following days in Monte Carlo, as Novak prepares for the next season and upcoming tournaments, after the break due to the elbow injury.

“Radek is one of my very close friends on the tour and I was always impressed with his level of determination, passion and love for the sport. The fact that he just recently retired at the age of 37 speaks volumes of his love for the game. He has lot of experience and knowledge, and he has played on a high level for many years. I am excited to join our forces together and cannot wait to compete again having a new team to back me up,” said Novak.

Stepanek and Agassi will travel and work alongside Novak, depending on the schedule they make, and on the calendar for 2018 which is yet to be confirmed.

“On Andre’s suggestion I pursued Radek, therefore I am sure the two of them will work well together. The new season is about to start and there is a long way to go back to where I left off. We are aware that I need to go step by step, not hurrying anything. I feel much better now, and I can’t wait to play matches again,” explained Novak.

Stepanek is also eager to make a debut as a member of Novak’s coaching team.

“I’m honored to be a new member of Novak’s team. It is a new and exciting challenge for me, which I’m looking forward to and I believe that as a team we can help Nole to reach his goals. As longtime friends off the tennis court, I believe that our friendship and similar views will translate onto the court as well, and we will share some memorable moments together,” said Stepanek.

The 38-year-old recently announced his retirement from the sport after 21 years on the professional tour. Stepanek turned professional in 1996. He started on tour as a doubles specialist, winning 18 ATP titles, including Australian Open (2012) and US Open (2013). Radek won Davis Cup in 2012 and 2013, bronze medal in mixed doubles in Rio de Janeiro in 2016. In singles, Stepanek won 5 ATP titles, with 8th place as his highest ranking.

In July this year, Novak has made the decision not to play any competition for the rest of 2017 because of the elbow injury. After five months of recovery, Novak is ready to come back with Radek Stepanek as a reinforcement in his team.