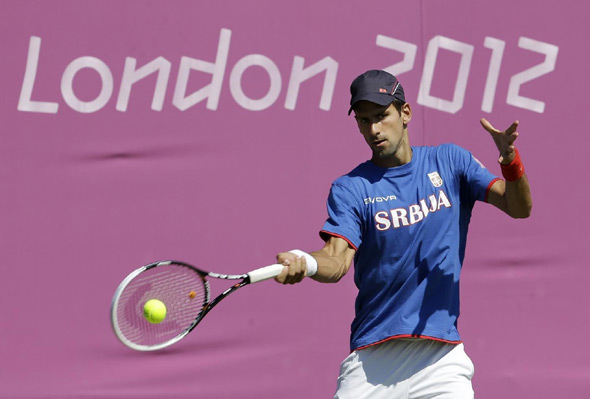 After two weeks of rest, five-time Grand Slam champion Novak Djokovic is working hard ahead of the 2012 Summer Olympics that will be held from July 27 to August 12 in London.

Tennis competition begins on July 28, matches will be played on the grass courts of Wimbledon.

Nole and Maria Sharapova came earlier to the capital of Great Britain for another HEAD Tennis commercial ad. They also hit balls together at the practice session.

Novak will carry the Olympic flag for his country Serbia at the opening ceremony on Friday evening.

“I had that privilege and honour to represent my country in 2008 Beijing Olympics. It was a remarkable experience, like no other,” Novak said. “Tennis is just one of so many sports present at the most prestigious, the most valuable, the most well-known sporting event in the history of sport.”

The Olympics have been one of the biggest priorities this year for the world no.2.

“I’m very happy to be representing my country again and going back to the Wimbledon grass where I achieved one of my biggest career goals last year. So I hope that I can play well, perform well and bring a medal to Serbia.” 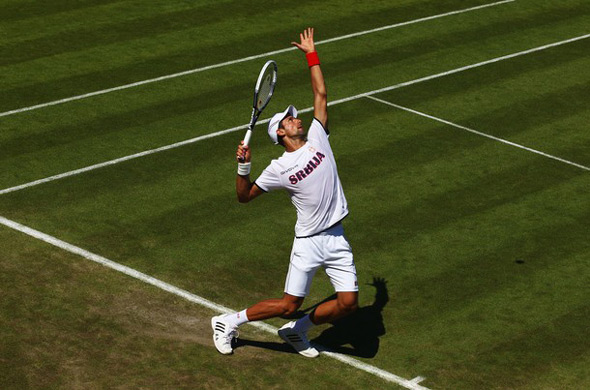 Nole will take part in both singles and doubles competition. He will team up with his friend Viktor Troicki.

Djokovic and Federer are the top seeds and have most of the chances to win two out of three medals. The 2008 gold medalist Rafael Nadal has withdrawn from the event due to knee injury.

Gold medal will bring 750 points to the winner, silver 450 and bronze 340 ranking points. 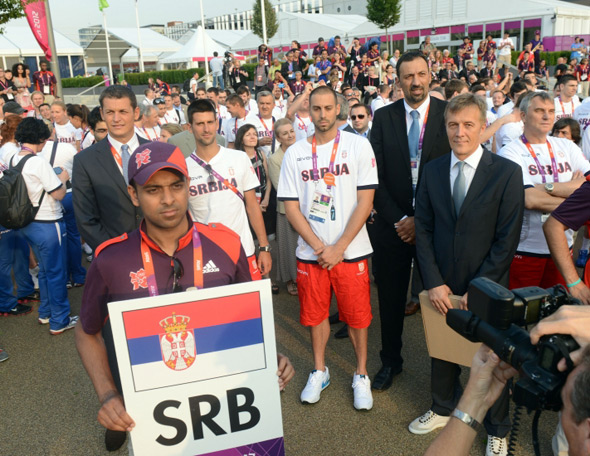 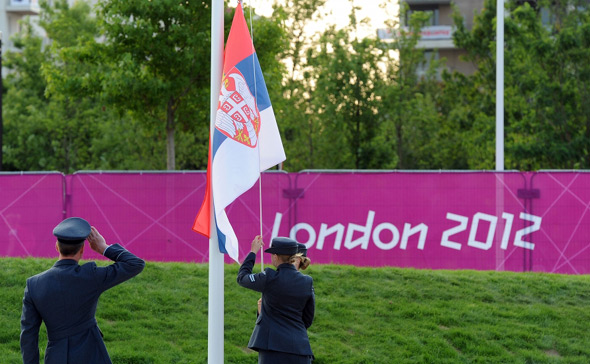 Novak attend a flag raising ceremony along with other athletes at the Olympic village in London two days before the start of the London 2012 Olympic Games.