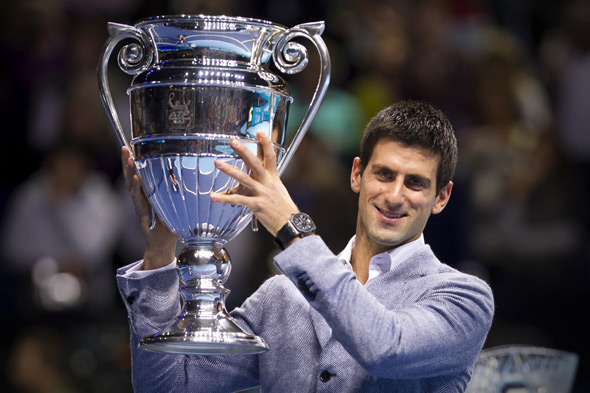 Novak has been named the ITF men’s World Champion for the second year in a row.

Nole, who clinched the year-end no.1 ranking for a second successive year, successfully defended his Australian Open title, reached the final at the French Open and US Open and claimed five more titles including the season-ending ATP World Tour Finals.

“I am proud to have been named ITF World Champion for the second successive year,” Djokovic, who dominated 2011 with three of the four Grand Slam titles, said on Tuesday.

“It was very difficult to follow up such a successful season in 2011, but it was extremely satisfying to win another Grand Slam title, reach two other major finals and finish the year at no.1.”

Americans Bob and Mike Bryan received the honour for the ninth time in 10 years, while Sara Errani and Roberta Vinci of Italy became women’s doubles World Champions for the first time.