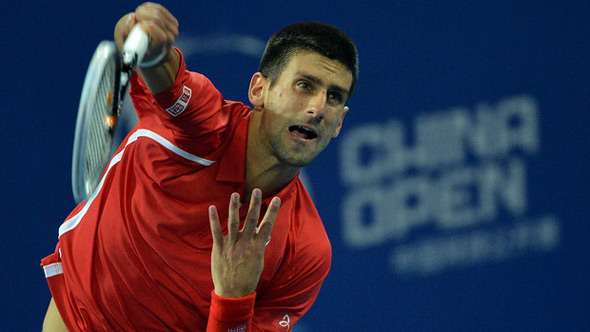 Three months ago, Nole chatted with his Chinese fans through the most popular free instant messaging service in China – QQ.

Novak’s Official QQ account currently has nearly 3 million followers. A couple of days before the start of the first Grand Slam of the season, the Australian Open, the world no.1 took time to answer 15 most interesting questions from fans.

Q: Will you break the record of Federer to keep the ATP No.1 for 301 weeks? Forza Nole!
Novak: Federer made some incredible records that are definitely hard to beat, but I don’t really focus on records. I focus on my game and the rest will follow naturally.

Q: Do you have any plan to improve your approach shot and smash?
Novak: Yes, that’s something I’m working on with my team. :)

Q: I’ve heard that you open a store to sell the cheese made of donkey milk. Do you love the cheese very much? BTW, how could we buy it from China?
Novak: I love cheese but I never tried the donkey cheese. The story was based on rumors so the truth is – I never bought the donkey cheese.

Q: Do you believe the Mayan prophecy?
Novak: I believe that their prophecy was taken out of context, and that they didn’t really say there would be the end of the world.

Fans also wanted to know how Nole celebrated Christmas, what his expectations for the new year are, if he loves Chinese food… The Serbian tennis star revealed his WTA top 3 and his dearest victory.

You can read all questions and answers on Nole’s QQ page.

In order to be closer to his Chinese fans, Nole has launched his Sina Weibo profile today. Weibo is a Chinese microblogging website, and along with QQ, one of the most popular sites in Asia.