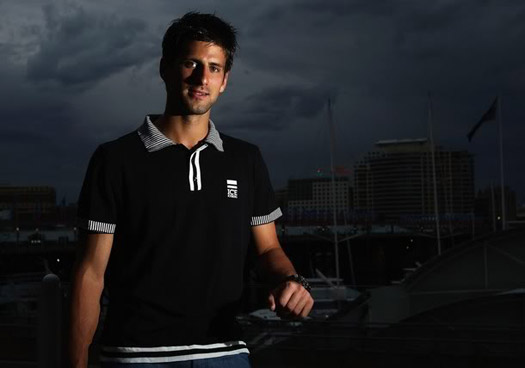 The best Serbian tennis player Novak Djokovic switched his racket with a microphone in Cincinnati. Brian brothers, one of the best doubles teams in the world, will release their debut album ‘Let it Rip’ on September 1, on which Nole will rap a part of the song ‘Autograph’ as a special guest.

His solo is a classic ‘gangsta rap’, in which he praises himself, like a popular hip-hop star.

Bob and Mike Bryan, the greatest rivals of Nenad Zimonjic and Daniel Nestor, were laughing during the recording of the song, because Djokovic was not only rapping, but also performing the characteristic dance moves.

The Americans weren’t hiding their enthusiasm. ‘Jay-Z, watch out!!! This ain’t ‘no Joke’, the Bryan brothers wrote in the comment next to Nole’s video.

With tennis, music has always been an important part of their lives. Their band is called ‘Bryan Brothers Band’. Mike plays guitar and drums, Bob the bass and keyboards, and their father Wayne solo guitar.

World number two Andy Murray took the microphone after Novak, and according to Bryan brothers he also did the great job, but we still don’t have that video.