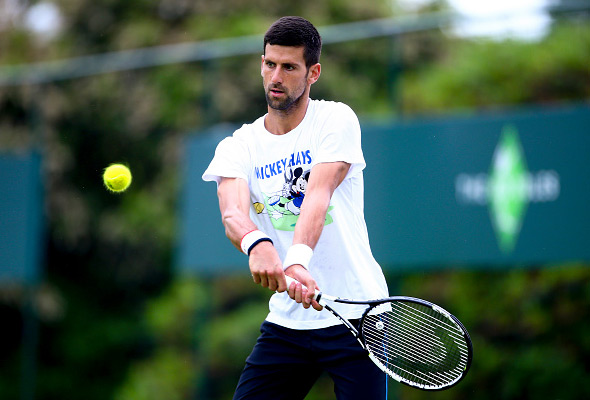 Novak made his first grasscourt appearance before The Championships on Wednesday, at The Boodles – the traditional Wimbledon warm-up event.

It is Nole’s 11th consecutive visit to The Boodles in preparation for the defence of his Wimbledon title.

The Boodles celebrates its 15th anniversary from 21st – 25th June.