01. 09. 2010. · The video below is showing that we can’t live without folk music, even here in far away America. :-) Boca proved to be an excellent musician with an acoustic guitar and I, as a real “kafana-lover”. We won’t speak about our vocal abilities, you will hear it. But more important than voice is the fun that my friends and I had! :-) That’s also something we do between training sessions.

And, this is what happens when you are not satisfied with a guitar lesson. When there is no racquet, you break what you take first. Ha, ha, ha… 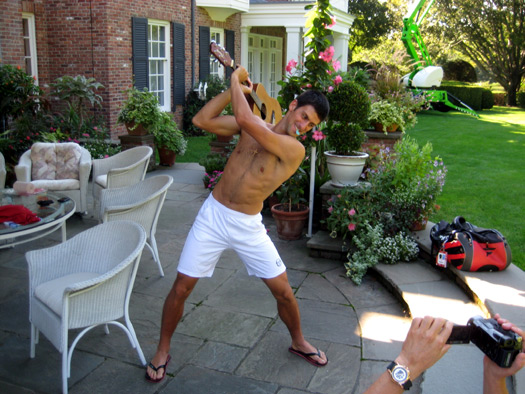 This is the first catch at this year’s fishing competition “Alpine catch”. :-) 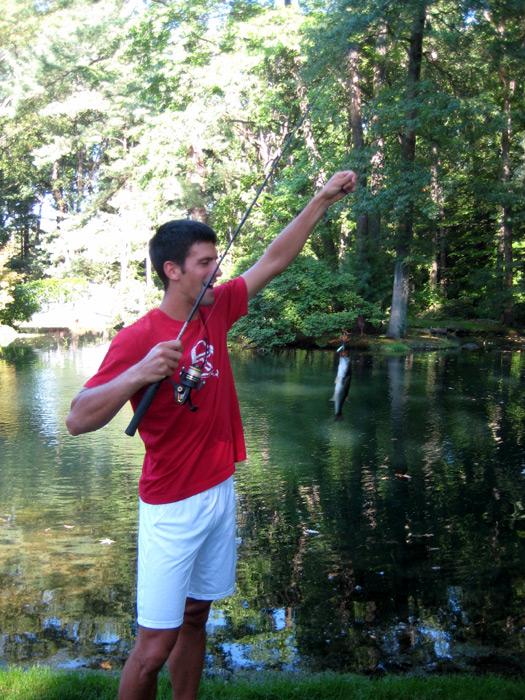 Of course, the catch is returned to the pond with a kiss for luck and best wishes. The competition’s slogan is “kiss and release.” :-) 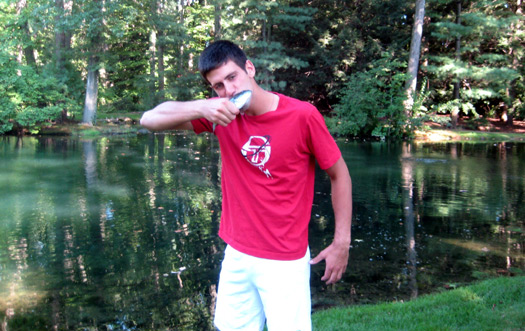 My Dad managed to win a point in the fishing competition. He was so excited as if he had caught a swordfish, he wasn’t disappointed with the modest catch. On the contrary, he also gave the fish a “warm greeting” before releasing it back into the water. :-)

Our cousin Miljan was a surgeon, he was taking out lure from the poor fish’s womb, but they all survived. Entire life in medicine, the man is omnipotent. :-) 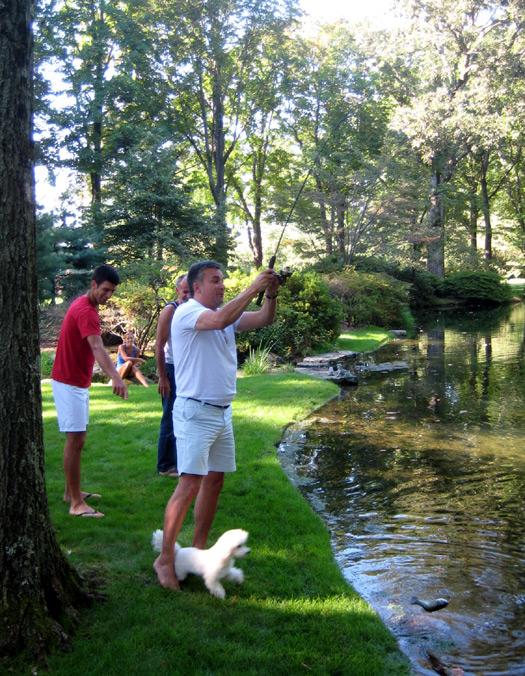 We shouldn’t forget my girlfriend’s dog Pjer. He frightened the poor fish with his fearless attitude and barking. And he didn’t give it a kiss! He, he, he…