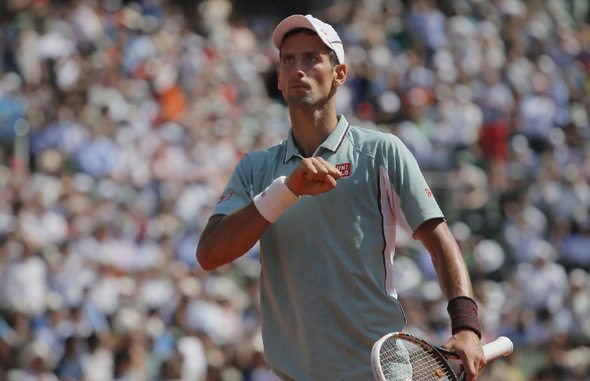 Singles draw has been made for the second Grand Slam of the season, the Roland Garros, taking place in Paris, from May 25 to June 8, 2014.

World no.2 and second seed Novak Djokovic will open his campaign against no.42-ranked Joao Sousa (POR) on Monday (about 13.00 CET). It will be their second career meeting (H2H 1-0).

The six-time Major champion might face either Jeremy Chardy (FRA) or Daniel Gimeno-Traver (ESP) in the second round.

“I m healthy and very motivated to give the maximum in Paris,“ Novak said. “I played some epic matches against Rafa, especially the one last year in the semi-finals. We went the distance. I think it was 9-7 in the fifth. So even though it was a tough loss for me and I was putting a lot of emotional effort into winning it last year, I still take the positives from that tournament. Knowing that I have got closer and closer each year to the title gives me enough reason to be confident for the start of this year. The Rome title and winning against Nadal on clay is something that doesn’t happen every day. Wawrinka also deserves to be considered as one of the favorites to win the title because he’s had great results this year.“

Roland Garros is the only Major trophy Djokovic still hasn’t won. Should he succeed, he would join an elite group of eight players in completing the career Grand Slam.

It will be Novak’s tenth appearance on Parisian clay (36-9 record).