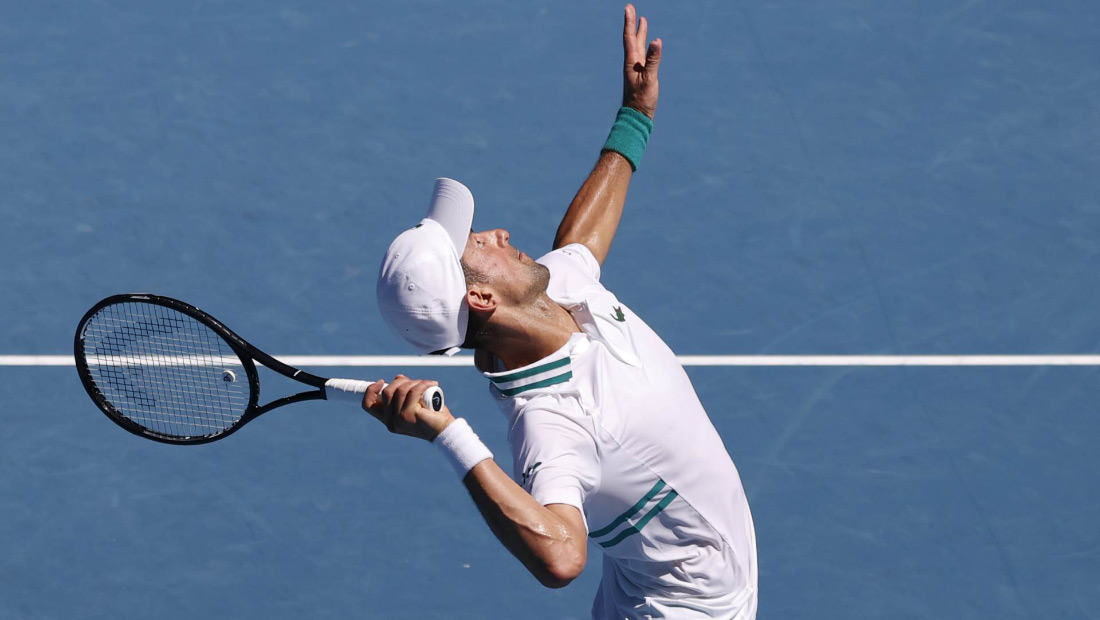 Novak needed three hours and 30 minutes to book a place in the third round of the Australian Open.

Top seed Novak Djokovic has continued his great start to the season, battling past Frances Tiafoe in four sets inside Rod Laver Arena on Wednesday.

Though the 23-year-old produced an inspired performance and went toe-to-toe with the defending champion, the Serbian ace rose to the challenge playing his best tennis in key moments to claim the win.

Novak converted five of his 14 break point chances, while Tiafoe capitalised on two of the three opportunities he earned during their first career encounter.

“It was a very tough match, very warm, a lot of long rallies,” Djokovic said. “Frances put up a really good fight. High quality tennis, he gave his all. I was fortunate to get through the third set today. It was anyone’s game and he served great. When you win a lot on Rod Laver Arena, you feel comfortable. It feels like my living room, although I’m not sitting on my couch – I’m running all over the place. This is the quickest court conditions I’ve played in here.”

Novak next meets no.27 seed Taylor Fritz (H2H 2-0) as he continues his campaign for a record-extending ninth Australian Open title.