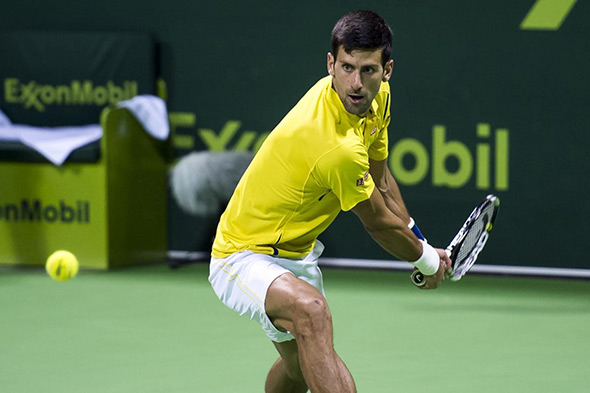 Novak Djokovic was broken for the first time at the 2016 Qatar ExxonMobil Open, but improved his ATP H2H record against world no.35 Leonardo Mayer to 2-0 with a 6-3, 7-5 win over the eighth-seeded Argentine on Thursday.

Djokovic, the 2015 Doha quarter-finalist, converted five of his seven break point opportunities in a one-hour and 33-minute encounter. The top-seeded Serb surrendered serve twice but managed to regroup and advance into the last four.

“Mayer started better in both the first and second sets,” the world no.1 said. “He was going for his shots and he’s a very complete player. The second set was close. It could have gone either way, but I stayed tough and fought through it. It was a good test and I’m glad to get through in straight sets.”