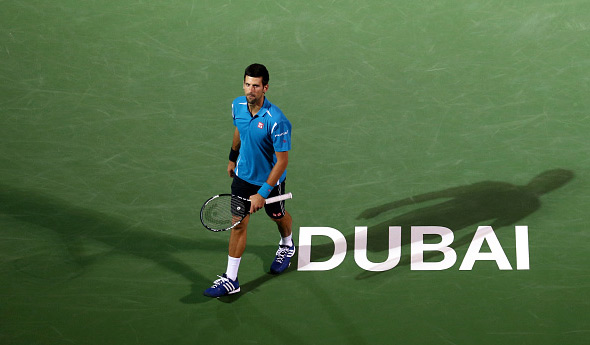 World no.1 and four-time former titlist Novak Djokovic retired at 3-6 in his quarter-final match against no.6 seed Feliciano Lopez at the 2016 Dubai Duty Free Tennis Championships on Thursday.

The Serb was clearly struggling with an eye condition and could not continue. He informed the umpire of his decision after 33 minutes of play.

“It’s an eye problem,” Djokovic explained. “I have had it ever since I arrived in Dubai. It started with an infection and then severe allergy. It’s gotten worse in the last two days, unfortunately. It’s the first time that I have had such a problem with the eye. It was ultra-sensitive today. I’m really sad to finish the tournament this way. I apologise to all the people who came to watch the match. I apologise to the tournament director and those who came out to support me. I’m really sad to end out the tournament this way, but I was forced to.”

It is first retirement for Nole since 2011 Davis Cup semi-final match against Del Potro.

Novak will join team of Serbia for the Davis Cup by BNP Paribas World Group first round tie against Kazakhstan, to be played on 4-6 March in Belgrade.