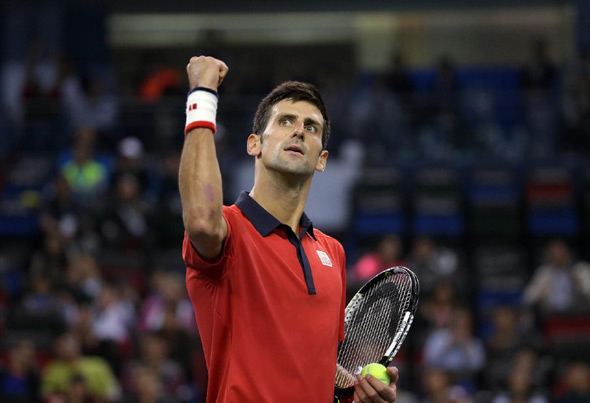 The Serbian star captured the ninth title of his impressive season with a 6-2, 6-4 win over Jo-Wilfried Tsonga in the final of the Shanghai Rolex Masters on Sunday.

It was his 25th Masters 1000 shield, two short of the overall record held by Rafael Nadal.

Djokovic has climbed above the competition this year and keeps rising higher. His points tally of 16,785, nearly double that of 2nd-placed Andy Murray, is a tour record.

Novak considers 2015 as his best season: “It’s the best year of my life. No question about it. Everything is working great. I’m very grateful for the opportunity to be able to play this well, to be successful. I don’t want to get carried away by success obviously because I want to be playing on this level for many more years to come.”

Nole is surpassing his stunning achievements of 2011, the year he finished with 70-6 W/L record and 10 titles. He’s 73-5 with nine titles this year, and has one Masters event and the ATP World Tour Finals left on his schedule.