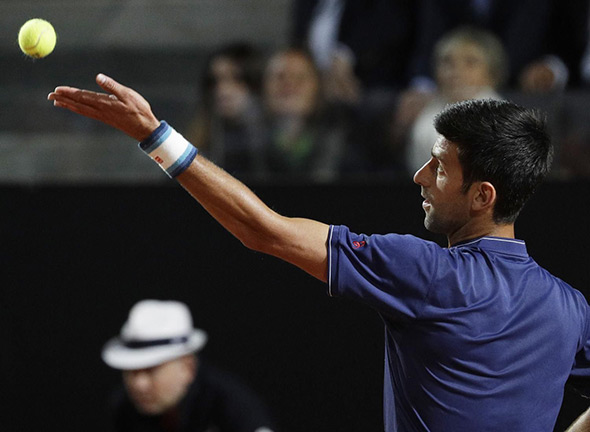 World no.2 Novak Djokovic stayed on track for his fifth Rome Masters title, when he outplayed former no.4 and reigning Olympic silver medalist Juan Martin del Potro 6-1, 6-4 at the Internazionali BNL d’Italia.

Match was suspended due to heavy rain on Friday as the Serbian star took a one-set lead over the Argentine in their quarter-final clash.

The torrential rain forced a suspension, with the four-time former titlist leading 6-1, 1-2.

When the play resumed on Saturday, Nole made a break in the fifth game and kept composed till the end to come through a potentially difficult contest.