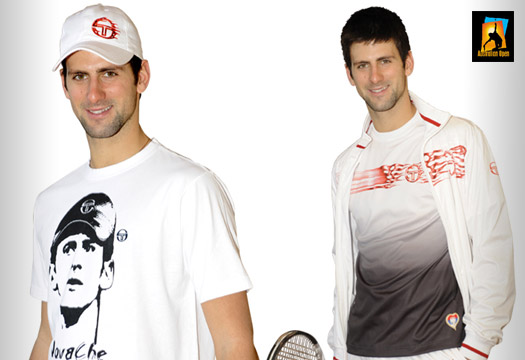 15. 01. 2010. · The 2010 Australian Open draw has been revealed on Friday morning in Melbourne, with world no.3 and 2008 Australian Open champion Novak Djokovic placed in top-seeded Roger Federer’s half of the draw.

Third-seeded Djokovic opens his campaign against world no.73 Daniel Gimeno-Traver. The Spaniard won their only match in Barcelona, in 2006.

The 22-year-old Belgrade native will play against the winner of the match between Marco Chiudinelli (SUI) and Marinko Matosevic (AUS) in the second round.

The earliest seed he could meet would be 32nd-seed, Frenchman Jeremy Chardy, in the 3rd round.

Novak’s possible opponents in the later stages of the tournament:

Defending champion Rafael Nadal (ESP,2) is in the other half of the draw, as well as Juan Martin del Potro (ARG,4), Andy Murray (GBR,5), Andy Roddick (USA,7), Fernando Gonzalez (CHI,11)…and Nole can’t meet them before the finals.

The first Grand Slam of the season begins on Monday, January 18, at Melbourne Park. 128 players will fight for the trophy, 2000 ATP points and 2 million dollars.

Novak played one more match at the “AAMI Classic” in Kooyong on Saturday. It was his final warm-up for the Australian Open. The Serb lost to world no.291, young Australian hope Bernard Tomic in three sets, 4-6, 6-3, 5-7.