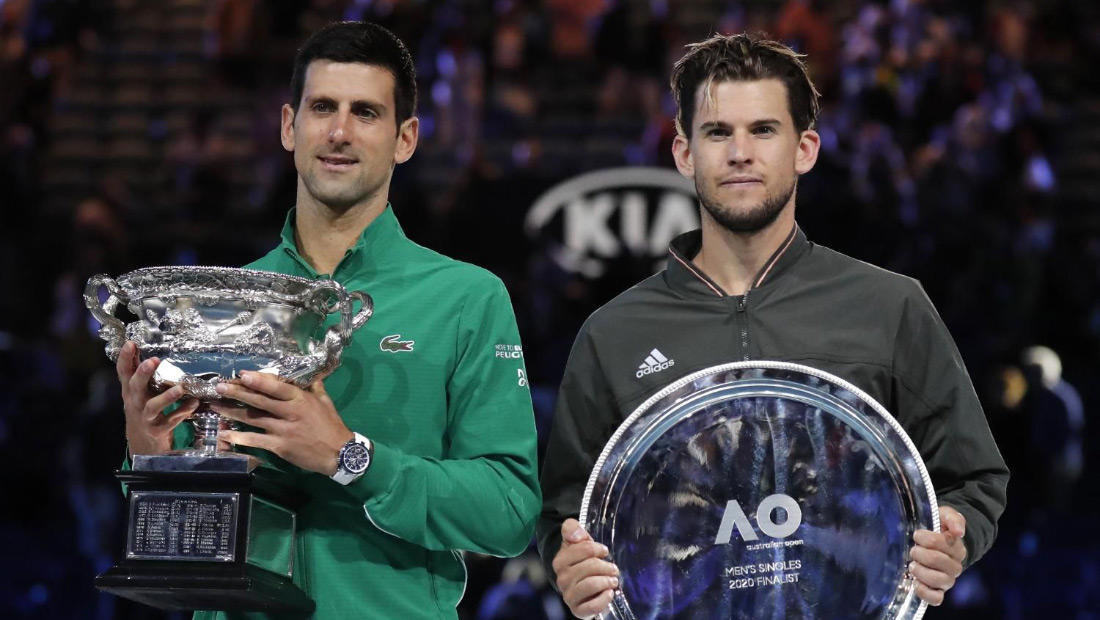 ATPTour.com began its Season in Review series by revealing the best Grand Slam matches of the year.

Djokovic captured a record-extending eighth crown in Melbourne overcoming a determined effort from the Austrian.

The Serbian star came back from two sets to one down to win his 17th Major trophy.

Following the remarkable triumph, Nole returned to no.1 on February 3.

“I would like to start by saying congratulations to Dominic for an amazing tournament. It wasn’t meant to be tonight. Tough luck and it was a tough match, but you were very close to winning it. You definitely have a lot more time in your career and I’m sure that you will get one of the Grand Slam trophies, more than one. This tournament sets a high standard for all the other tournaments around the world and it’s definitely my favourite court, my favourite stadium in the world. I’m blessed to hold this trophy once again,” Novak said during the on-court ceremony.