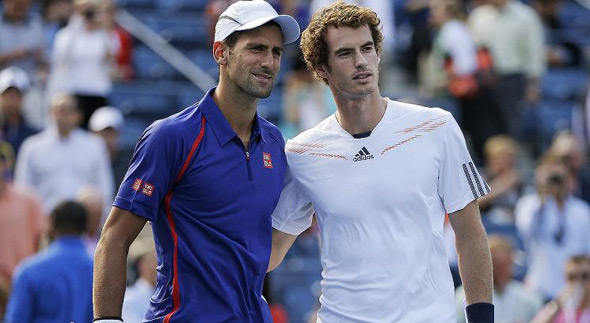 Novak Djokovic and Andy Murray will meet for 18th time in a showdown of tennis’s new top rivalry to determine who will seize the first major of 2013.

The top seed and two-time defending champion will take on third-seeded Briton in the Australian Open men’s final on Sunday at 19.30 local time (09.30 CET).

“I like the conditions here, especially in Rod Laver Arena. It’s my most successful Grand Slam. Being in a third consecutive final is an incredible feeling and achievement, so I’m very proud of it,” Novak said in his pre-final interview.

Plenty is on the line in Sunday’s night final. The 25-year-old Serbian star is biding to add to his Australian Open triumphs in 2008, 2011 and 2012. Should he succeed, he will become the first man since the Open Era started in 1968 to win three straight Australian Open titles, and will tie the Open Era record for most titles in Melbourne with Agassi and Federer (4).

The Belgrade native is chasing his sixth major crown, having also triumphed at Wimbledon and the US Open in 2011. En route to the 2013 AO final, Novak defeated Mathieu, Harrison, Stepanek, Wawrinka, Berdych and Ferrer. He has spent 14 hours and 37 minutes on court, dropping just three sets.

Murray, who is also 25, and only one week older than Nole, will try to win his second major and become the first man in the Open Era to follow-up their first Grand Slam title (2012 US Open, d.Djokovic) by winning the next major tournament.

The Olympic champion beat Haase, Sousa, Berankis, Simon, Chardy and Federer (first ever GS win over the Swiss). He has spent 12 hours and 56 minutes on court, and lost only two sets at Melbourne Park.

Looking ahead to the Murray clash, the world no.1 said, “Every time we played in the past probably six, seven encounters, it was always long matches, physically very demanding, going three sets and five sets in Grand Slams. I guess we have to expect something similar to happen, long rallies, and I’m ready for that. Andy played a five set match against Roger last night, but aside that, he hasn’t been really tested the whole tournament. He’s considered one of the physically strongest and fittest guys around, so I’m sure he’s going to be fit for the finals.” 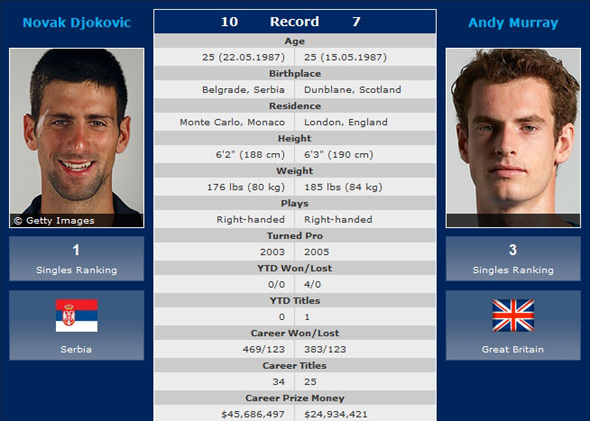 It will be Novak’s 10th career Grand Slam final, while Murray will contest his sixth major championship match. Djokovic leads their all-time head-to-head 10-7, with an 8-6 advantage on hard courts.