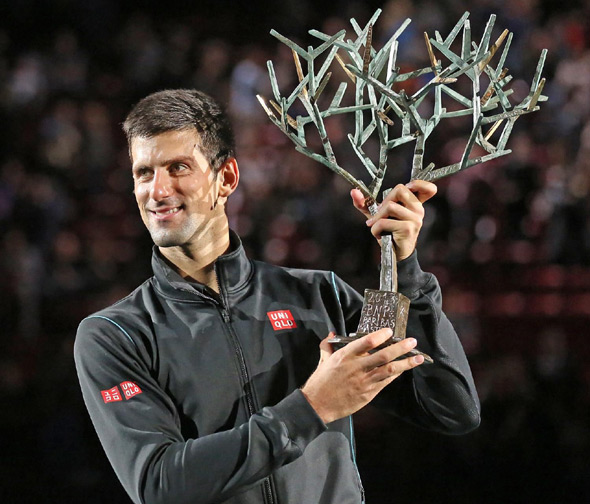 Singles draw was made for the 2014 BNP Paribas Masters in Paris on Friday.

The ninth and final ATP World Tour Masters 1000 event of the season is taking place at the Palais Omnisports in Bercy from October 27 to November 2.

Sixteen seeds (1-16) got BYE in the first round. Novak is seeded no.1 and will open his campaign against German Philipp Kohlschreiber (5-1 H2H record) on Tuesday.

It will be Novak’s tenth appearance at the Paris Masters, and his first tournament since becoming a father of a baby boy named Stefan.