Paris: Novak to face Querrey in second round 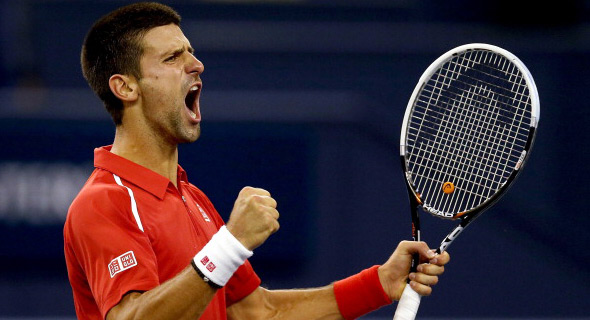 The draw for the 2012 BNP Paribas Masters was made in Paris on Friday. The ninth and final ATP World Tour Masters 1000 event of the year is taking place at the Palais Omnisports in Bercy from October 29 to November 4.

Sixteen seeds (1-16) get BYE in the first round. Novak is seeded no.2 and will open his campaign against American Sam Querrey who beat Fernando Verdasco 6-1, 1-1 (Spaniard retired due to injury).

It will be Novak’s eighth appearance at the Paris Masters. He won the event in 2009 with a 6-2, 5-7, 7-6 victory over Frenchman Gael Monfils in the finals.

Last year, Nole was forced to withdraw before his quarter-final match due to injury.

“I love Paris. I think it’s one of the most spectacular cities in the world next to my home city. I love spending time here. It has so much to offer and so much history and there is a lot of things to see,” said Novak and added:  “Physically I feel good now. Of course I’m not the freshest guy on the tour because I have had a long year. But as I said, I want to try to hold on these two weeks and perform my best.”

Defending champion Roger Federer pulled out of the event. With the Swiss skipping the Paris Masters,  Novak has clinched the year end ranking on the ATP Tour for a second successive year. The 25-year-old Belgrade native will move back to no.1 on November 5.

“I’m very happy to be able to finish the season as no.1.  Obviously that serves as indication of how good the season was for me. It was very difficult to follow up after 2011 and to expect to repeat what I did in that season. But, winning one Grand Slam this year and five titles so far and being very consistent with my results helped me to be in this position right now. It was a very good year for me, but it’s not over. There are two more very important tournaments to come, “ concluded Novak.