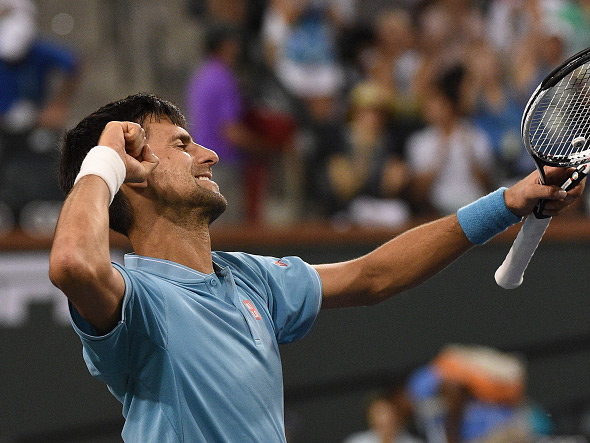 World no.2 Novak Djokovic advanced into the fourth round of the BNP Paribas Open on Tuesday night as he beat Juan Martin del Potro 7-5, 4-6, 6-1.

The five-time titlist needed two hours and 16 minutes to outplay the 2013 finalist in a highly anticipated third-round showdown at the Indian Wells Tennis Garden.

Novak suffered an early break in the opening set, but responded by breaking his rival in the sixth and 12th games.

Djokovic then found himself down a double break in the second set. He broke back once, but del Potro managed to close it out four games later, sending the match to a decider.

The defending champion stormed through the final set with a remarkable display of power-hitting. He broke twice to seal his 11th win of the season, improving to a 13-3 H2H record against the Argentine.

“It was definitely difficult to overcome this challenge tonight,” Novak said. “The third set was probably the best tennis that I played this year and I’m just glad I was able to pick up my game.”

Djokovic has won 19 straight matches at the BNP Paribas Open, which is the longest winning streak in the tournament’s 42-year history.

Novak will meet no.15 seed Nick Kyrgios in the BNP Paribas Open last 16. The 21-year-old Australian won their only previous encounter, in Acapulco quarter-finals.