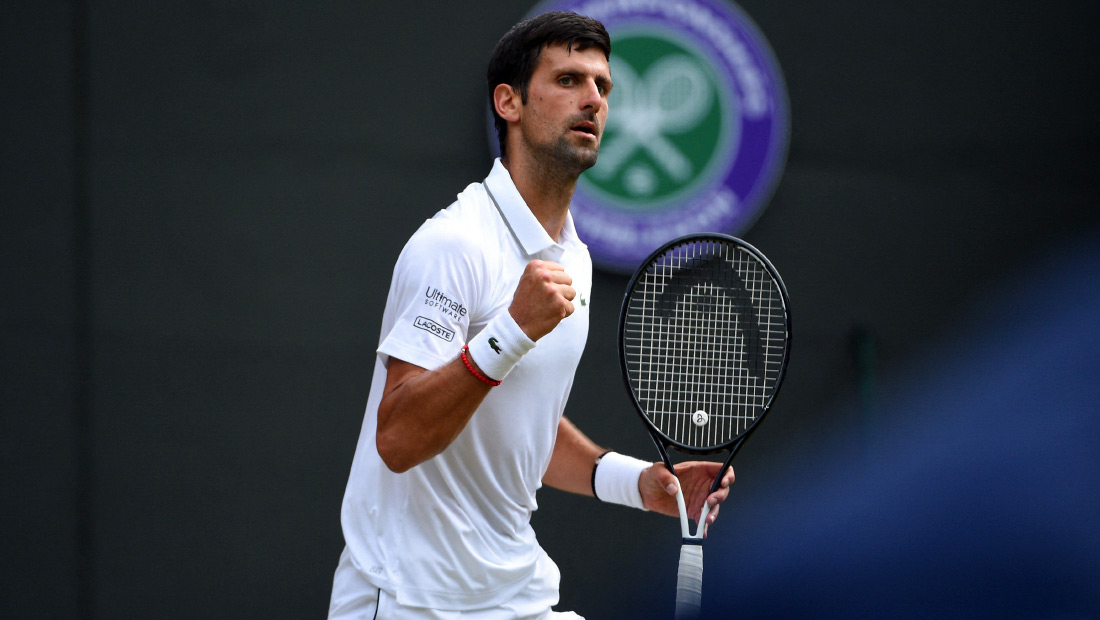 Nole is through to The Championships semi-final!

Goffin broke first, but the Serbian star responded strong to overcome an early deficit. He converted seven of his 10 break point chances, and now leads his ATP H2H series with the Belgian 6-1. It was their first meeting on grass.

“I’ve been playing my best tennis in this tournament in the past two rounds, the fourth round and today, especially today in the second set and third set against Goffin, who was in-form. I felt like I managed to dismantle his game and always find the right shots. Very pleased with the performance,” Djokovic said. “This match could have gone a different way. I was a break down. He was the better player for most of the first set. But I managed to turn things around.”

Novak will meet no.23 seed Roberto Bautista Agut on Friday for a place in the championship match. The Spaniard defeated Argentine Guido Pella in four sets.

Nole dropped only one set en route to the last four. The defending champion is pursuing his fifth title at SW19.