Brilliant Nole powers into the quarter-finals! 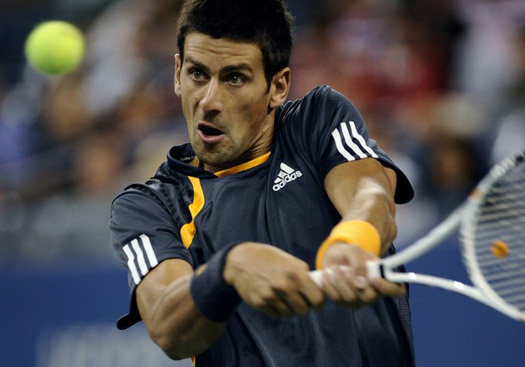 Novak broke Stepanek’s service twice in the first set, in the fourth and sixth game, and then served out to love for 6-1.

Stepanek held in the opening game of the second set, but couldn’t hold pressure from Djokovic for much longer. Nole made two breaks to go 4-1 up. The Czech got one break back and held for 4-3. Stepanek was serving to stay in the second set, but with two poor forehands he handed Novak two break/set points. No.15 seed saved the first with a great first serve but Djokovic capitalised on the second chance to grab the set 6-3.

The 22-year old from Belgrade held to 30 to open the third set. The Serb made a crucial break in the sixth game and then held to increase his lead to 5-2. Nole was confident serving for the match and closed it 6-3.

Djokovic served 5 aces to Stepanek’s 4.
He hit 29 winners to Stepanek’s 19, and made 21 unforced errors, 7 less than his opponent.
The Serb capitalised on 6 of his 13 chances for break, while the Czech converted 1 of his 3 break points.