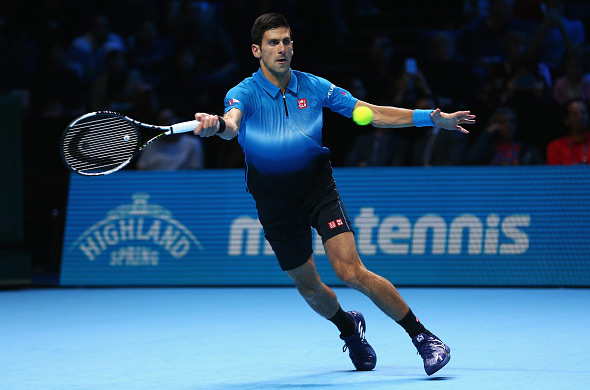 The world no.1 needed just 65 minutes to dismantle eighth seed Kei Nishikori 6-1, 6-1 in his first Stan Smith Group match at The O2 in London.

Novak broke twice in the first set and three times in the second, denying his rival a single break point opportunity. The Serbian star has improved to a 5-2 mark against the Japanese.

It was Nole’s 79th win of the season, and his 38th consecutive victory indoors. 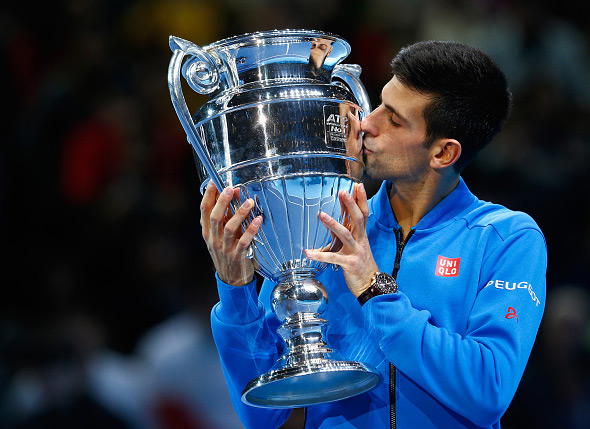 In a special ceremony after the match, the ATP Executive Chairman and President, Chris Kermode, presented Novak with the year-end world number one trophy.

“It’s the best season, best year of my life,” said Djokovic. “I’ve been experiencing some of the peak time right now and everything got together. I’ve had lots of success, but 2011 and 2015 definitely stand out. I’m looking back with great pride and joy. My team definitely plays a big part in this. They help me each and every day to get better as a player and a person. Of course my wife and my son Stefan, my parents and brothers and the closest people in my life sacrifice a lot and I try to cherish every moment. This is the crown for all the achievements in the season.”

The 28-year-old Belgrade native has become the sixth player to clinch the year-end no. 1 ATP Ranking on four or more occasions, following in the footsteps of Pete Sampras (6), Jimmy Connors and Roger Federer (5), Ivan Lendl and John McEnroe (4).