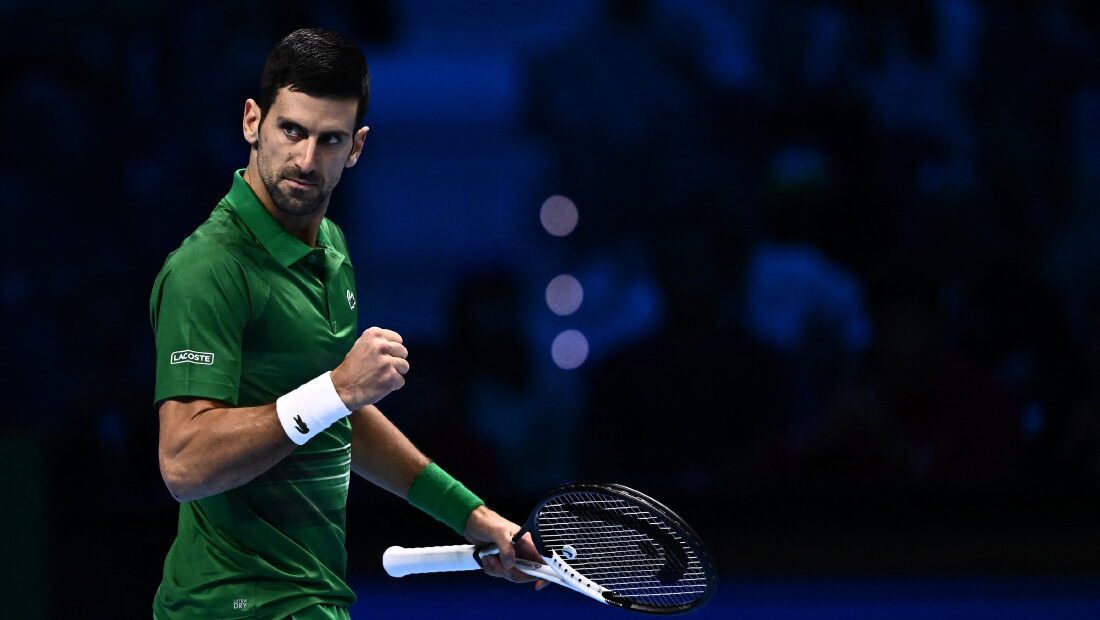 Brilliant Novak moves to 1-0 in Red Group in Turin

Just nine days after their thrilling semi-final clash at the Rolex Paris Masters, Novak and Tsitsipas met on a bigger stage, at the Pala Alpitour in Turin.

Novak produced a brilliant performance and dictated the match perfectly to clinch his ninth consecutive win over Stefanos Tsitsipas 6-4, 7-6 (4) at the Nitto ATP Finals in the night session on Monday.

It was another dominant display with powerful serve, precise groundstrokes and stunning passing shots. The Serbian star quickly found his range, getting break in the very first game to take control of the contest.

The seventh seed never looked back. He saved the only break point against his serve and went on to seal the triumph after one hour and 37 minutes.

With the victory, Novak has improved to 10-2 in his H2H series against the Greek.

“The first game was obviously very important to break his serve,” Djokovic said. “It was a huge boost of confidence and a relief because we both knew it was going to be a tough match. We’ve played some really tight matches in the last few tournaments against each other. I’m really happy. I held my serve really well throughout the match. I played a great tie-break, very solid all the way through.”

Novak, who has won the season finale event five times, faces Andrey Rublev (6) in the Red Group on Wednesday at 14:00 CET.