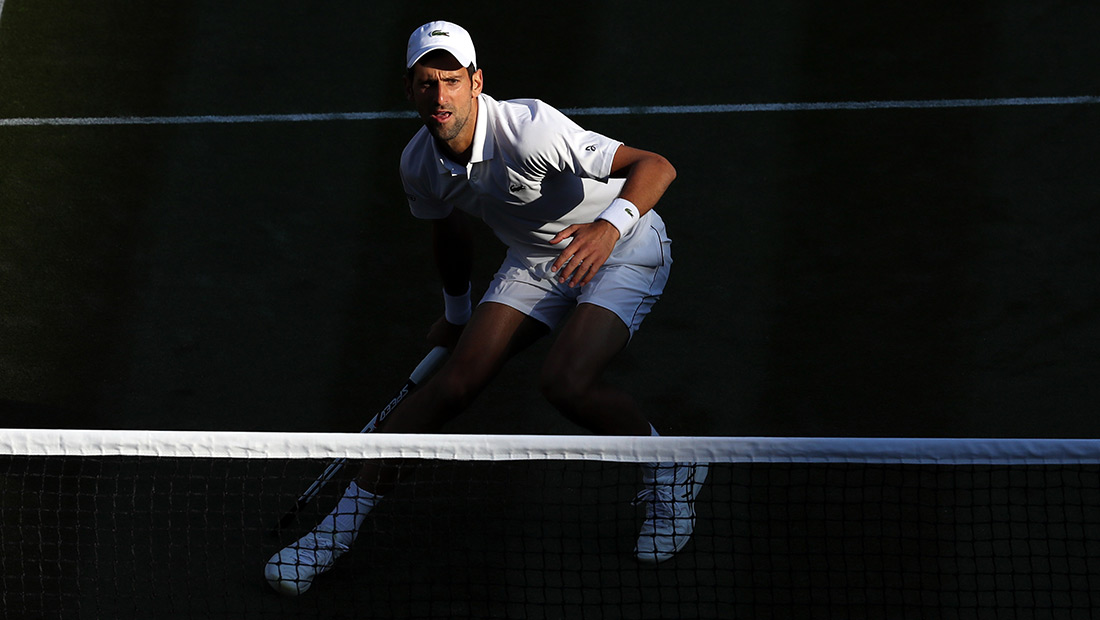 Nole is through to his 10th Wimbledon quarter-final!

The two had traded breaks twice before Novak made a crucial break in the 10th game to claim the opening set.

As his confidence was growing, the Serbian star broke twice in the second and third sets to finish with positive momentum.

“I got a lot of first serves in, made him hit the extra ball. I served well when I needed to. It was difficult conditions, in the last few games I couldn’t see the ball that well and it was very windy so I had to hang in there,” Novak said.

With the win, Djokovic joined Jimmy Connors with 41 Grand Slam quarter-final appearances, which is second only to Roger Federer with 53.

Novak will next look to beat no.24 seed Kei Nishikori on Wednesday for a place in his 32th Major championships semi-final. The Japanese beat Ernests Gulbis earlier in the day.

Nole leads Kei 13-2 in ATP H2H series. It will be their first encounter on grass.