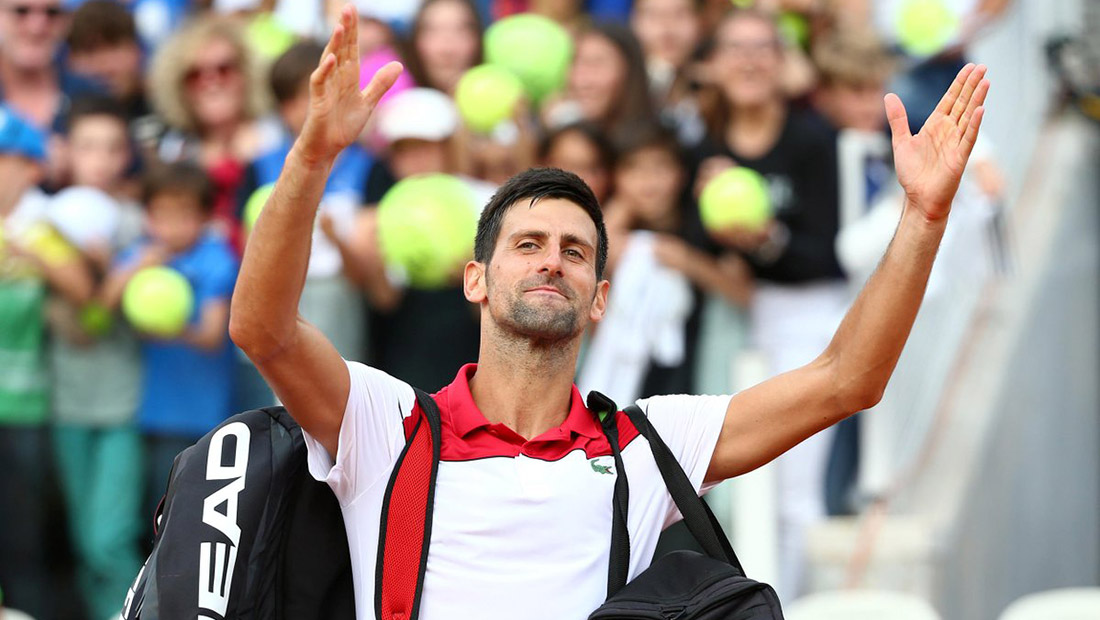 No.11 seed Novak Djokovic moved into the last eight at the Internazionali BNL d’Italia with a superb display of clay court tennis to defeat Albert Ramos-Vinolas of Spain in straight sets.

The Serbian world no.18 and four-time former titlist produced an imperious performance throughout most of the match on Thursday as he cruised to a 6-1, 7-5 victory in one hour and 28 minutes.

Throughout the encounter, Novak showed renewed confidence, consistently stepping into the court to take control of points. He raced to a one-set lead breaking his opponent twice, in the second and sixth games.

Nole, last year’s runner-up at the Foro Italico, rode the momentum to break for 3-2 in the second set and consolidated it for 4-2. His only slip came as he served for victory at 5-4. Ramos-Vinolas raised his game level, and a couple of errors from Novak brought him break point chances which he used. However, the former world no. 1 immediately broke back and did not waste his second chance to close out the match, hitting his first ace to complete the win. He was perfect on his 10 net approaches.

“I’m happy. I haven’t had too many matches of this quality of my tennis in the past 12 months,” Djokovic said. “I think this was probably one of the three matches I played this way in the past 12 months. It felt good. And it came at the right time in the place where I love to play, where I get a lot of support… I feel like each match is getting better. So, hopefully, it’s going to continue in this direction.”

Novak will play against ATP #24 Kei Nishikori in his first ATP World Tour quarter-final of the season.

The two will meet for the 15th time on Friday about 16:30 CET at Centrale, with the Belgrade native leading their ATP H2H series 12-2.