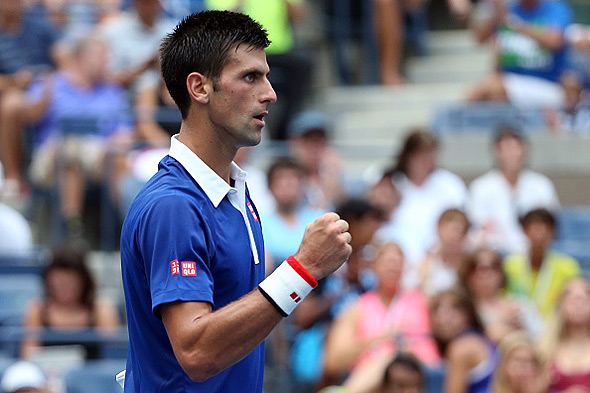 Top seed and 2011 winner Novak Djokovic was in imperious form in his US Open semi-final against defending champion Marin Cilic on Friday.

Novak took command from the very first game and lost just three games in the one hour, 25-minute clash. The Serbian star was two sets up after only 53 minutes played. He broke Cilic for the sixth time in the first game of the third set and consolidated it for 2-0 lead. The ninth seed got his first break in the fourth game to get back on serve 2-2. Nole regrouped quickly and won four games in a row to book a place in his sixth final in New York.

With the stunning victory, Djokovic extended his win streak in H2H rivalry with Cilic to 14-0.

“I came out with good focus and good intensity and executed the game plan,” Novak said. “I’m very proud to have reached all four Grand Slam finals. I haven’t been very successful in the finals of the US Open – I have won one and lost four. But I can promise I will give it my best on Sunday. I came here with a wish and mission to reach the finals and fight for the trophy. I got myself in that position, but I want to get that final step and get my hands on that trophy.”

The nine-time Grand Slam champion advanced to the final of all four majors in a year for the first time in his career, joining Federer (2006, 2007, 2009) and Rod Laver (1969) as the only players in the Open Era to achieve the feat.