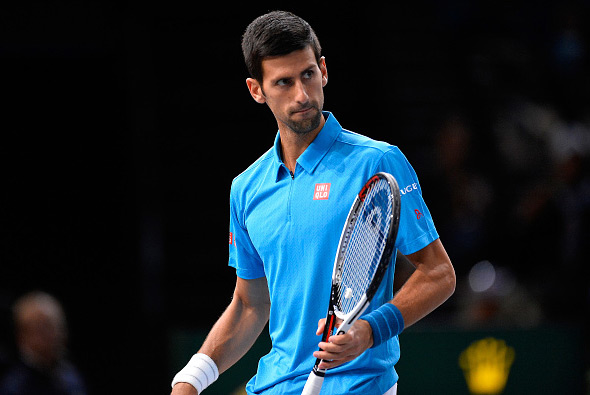 No.9 seed Marin Cilic recorded his first career win over world no.1 Novak Djokovic on Friday at the BNP Paribas Masters, on his 15th attempt. The Croat beat the defending champion in quarter-final action 6-4, 7-6 (2).

With the defeat, Novak dropped to a 61-8 record on the season. The match lasted one hour and 44 minutes.

Cilic started well, breaking the top seed in the second game. The Belgrade native fought back and held for 2-2, but was broken again and the 2014 US Open titlist moved ahead.

Djokovic broke at 4-all in the second set and had a chance to serve it out, but double faulted twice to hand the break back to the Croat. Cilic clinched the tie-breaker in convincing fashion 7-2, and will meet American John Isner in Saturday’s semi-final.

“He definitely played better today, and he deserved to win… I wasn’t on the level that I could have been on,” Novak said. “I was also… in a good position to take the match into the third set, and then two double faults. Just in important moments I wasn’t able to deliver.”

Novak will next travel to London to compete at the season finale, the Barclays ATP World Tour Finals, taking place at The O2 Arena (November 13 – 20).

The four-time defending champion will be making his 10th appearance at the world’s biggest indoor tournament.