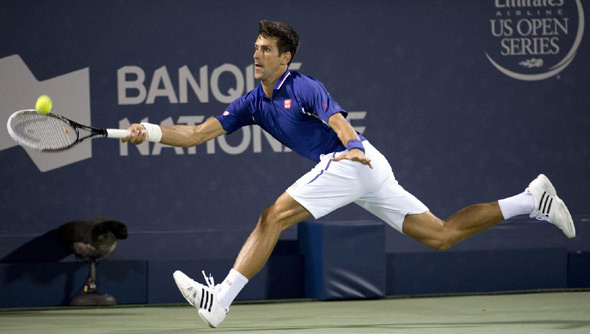 World no.1 and four-time Cincinnati Masters runner-up, Novak Djokovic, advanced into the Western & Southern Open quarter-finals with a convincing straight-sets victory on Thursday.

Nole broke his rival twice in the opening set, and three times in the second, to blast into the last eight of the ATP World Tour Masters 1000 event.

“Even though the scoreline says it was quite straightforward, it’s never easy,” said Djokovic. “You need to work for your wins and points. That was kind of the mindset I had today. I wanted to just play from the first to last point committed and just aggressive, and I did well. I have an extra motivation and an opportunity to make history in this tournament, so I’m very inspired to play well day after day.”

Novak will play against John Isner on Friday for a place in the semi-finals. The American beat no.12 seed Milos Raonic of Canada 7-6, 6-4.