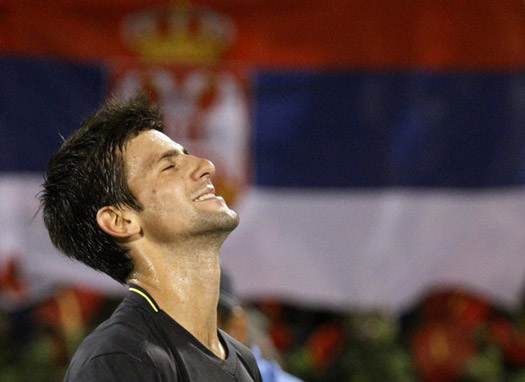 02. 03. 2009. · Novak arrived in Belgrade on Sunday afternoon, and already on Monday he joined the rest of the team Serbia. The first round World Group tie between the champions Spain and Serbia will be played in Benidorm from March 6 til March 8, 2009.

Although the team of Spain is favoured to win, Serbia has its aces. Novak is the first among them.

“The triumph in Dubai finals gave me wings, especially because I defeated Spaniard David Ferrer.”

“That can be psychological advantage ahead of the Davis Cup. But it’s the only team competition in men’s tennis, and there are many factors that can decide the winner. It’s hard to predict anything, especially because we’re playing in Spain in front of their home crowd, where at least 15,000 spectators will support them. For that reason I think David (Ferrer) would be the slight favorite in our potential new match” – said Novak for “Sportski Zurnal”.

The tie in Benidorm, Spain will be played on clay, the surface that suits our opponents most.

“That surface is not in my favor, but that’s sport. It’s a special feeling representing your own country, and you can’t choose under which circumstances that would be” – added the best Serbian tennis player.