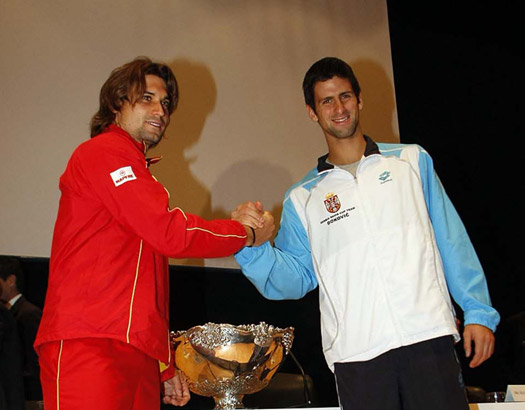 Only six days after the finals in Dubai, Novak will take on world no.12 David Ferrer again, in the first round of the Davis Cup World Group.

This will be the opening singles rubber in Benidorm. The match is scheduled on Friday at 11am CET.

Djokovic and Ferrer have met seven times. Novak won the last one in Dubai finals, and he now leads 4-3.

Doubles match will be played on Saturday. Novak Djokovic and Nenad Zimonjic will play for Serbia, Tommy Robredo and Feliciano Lopez for Spain.

Novak Djokovic will face Rafael Nadal on Sunday at 11am. Janko Tipsarevic and David Ferrer will play the fifth rubber.