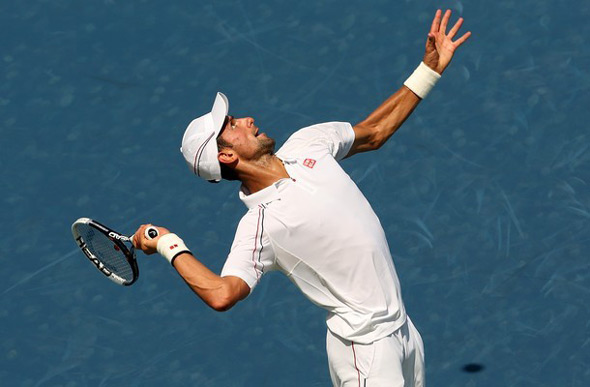 Nole is through to the Western & Southern Open quarter-finals.

World no.2 advanced to the last eight after his Russian opponent, no.50-ranked Nikolay Davydenko, retired from their third round match with a shoulder injury.

Davydenko was struggling from the beginning. He made eight double faults and decided to retire after losing the first set 6-0.

“His first serves didn’t go over 90 miles per hour, so something obviously was wrong with his shoulder. It’s unfortunate. It was a night session match and many people came to watch. Obviously I was also expecting a good and interesting and tough match. It’s the way it is. Hopefully he recovers for the US Open,” Djokovic said.

Novak will meet no.12 seed Croat Marin Cilic for a place in the ATP World Tour Masters 1000 event semi-finals.