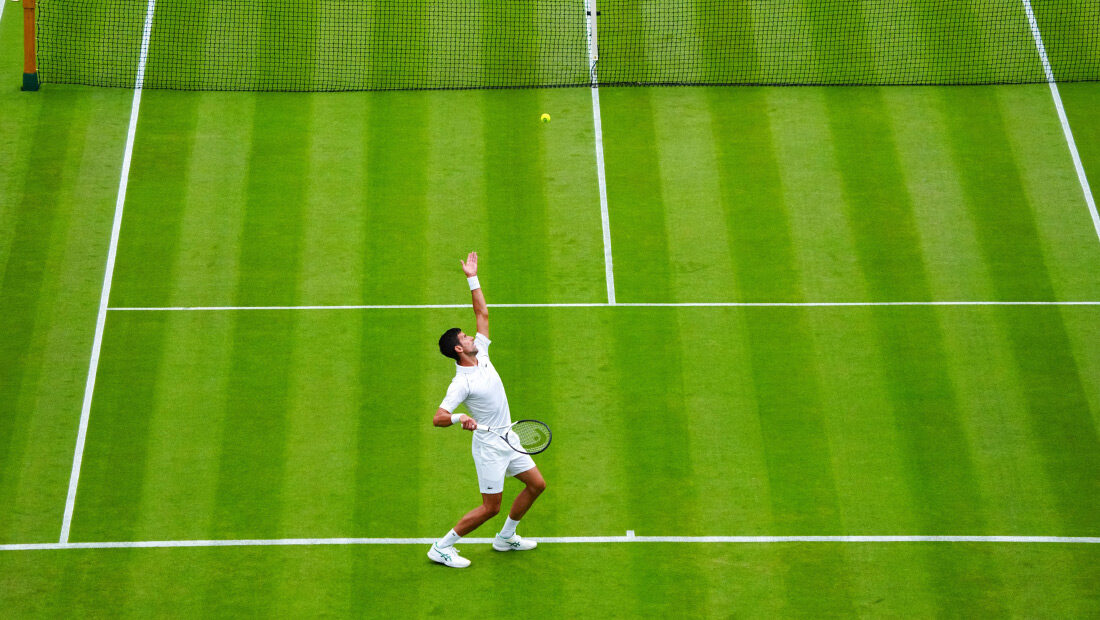 Novak overcame his spirited opponent in two hours and 27 minutes.

The 81st-ranked South Korean broke first and consolidated the break to go 3-1 up. Novak battled back to win the next five games and take the set, breaking Kwon twice in the process.

Kwon again raced to a 3-1 lead in the second set. This time, he kept that lead and took the set 6-3 to level the contest.

We didn’t see a break of serve in the first seven games of the third set. Novak made a break to go 5-3 up and held to grab a 2-1 lead in the match.

A single break in the fourth game proved enough for Novak to earn a record-breaking win at SW19 and come through his tricky first-round encounter.

“I’ve said this before but this court is truly special, for me it has always been the court I dreamed of playing and winning and all my childhood dreams came true here so it’s an honour and pleasure to be back on Centre Court,” said Djokovic.

On winning 80 matches at Wimbledon, Nole added: “This sport has given me everything, I owe a lot to the sport and I love it still with all my heart. I am as dedicated as anyone out there, I am not one of the youngsters anymore but the love for this sport still burns in me and I try to always play my best tennis at Grand Slams and deliver my best tennis at the best courts. Now that we’re at 80, let’s get to 100.”

Novak will be looking to win a seventh Wimbledon title this year.

He goes on to play against Australian Thanasi Kokkinakis (def. Pole Kamil Majchrzak) in the second round on Wednesday.