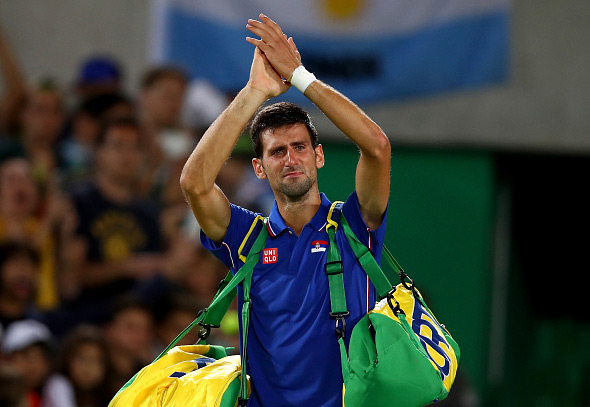 Four years after del Potro denied Nole the bronze medal at the 2012 London Games, the Argentine played sublime tennis to overpower the world no.1. He blasted 29 forehand winners and did not face a single break point during the two hour, 27-minute thriller.

Novak couldn’t win a set against former US Open titlist, currently no.141 in the ATP rankings. Each of the two sets of the stunning first round match required a tiebreaker. The Argentine came out on top both times to secure the victory and advance to the 2nd round.

The pair engaged in an emotional embrace afterwards. “He told me I deserved to win the match, it was really kind of him,” del Potro said. “He’s one of my friends on tour. I respect him on court and off court as well. He’s a great champion.”

Novak showed his class waving in acknowledgement to the crowd. The anguish of this painful defeat was evident on his face as he broke down in tears walking off the court.

“No doubt this is one of the toughest losses in my career. It’s not easy to handle,” said Djokovic. “I’m very sad and disappointed to go out in a tournament this early, but on the other hand I’m glad a good friend of mine, and somebody who has struggled the last couple of years with injuries, is back and playing at this level.” 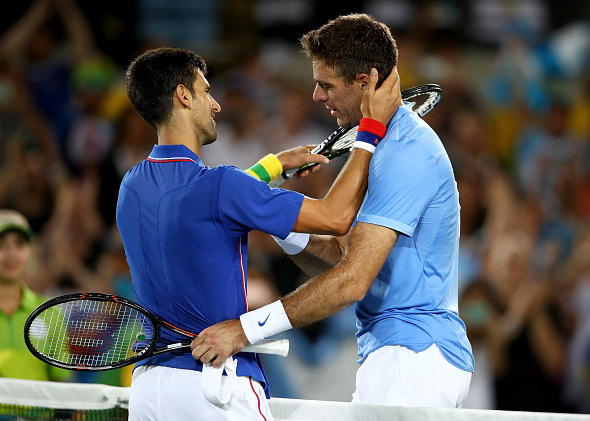 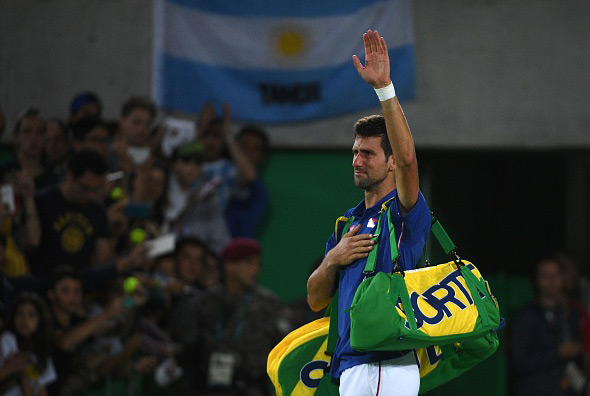 Serbian duo of Nole and Nenad Zimonjic lost their second round doubles match to no.3 seeds Marcelo Melo and Bruno Soares of Brazil 4-6, 4-6 in 73 minutes.